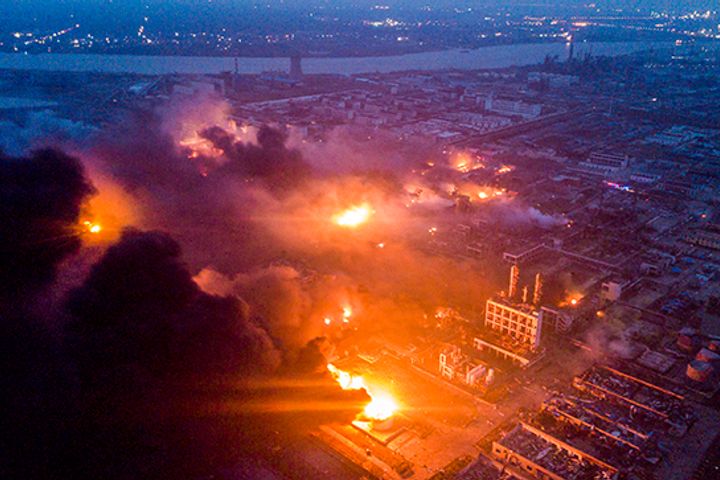 (Yicai Global) March 22 -- An explosion at Tianjiayi Chemical's plant, which has received several punishments for causing environmental danger, has killed at least 44 people in its eastern home province.

The blast that happened at 2.48 p.m. yesterday at Chenjiagang Industrial Park in Jiangsu province injured 90 people, China News Service reported, citing a spokesperson of the local government. The fire has been extinguished, and firemen are looking for survivors.

Founded in 2007, Tianjiayi produces chemical products such as hydroxybenzoic acid. Chinese authorities revealed 13 safety hazards last December at the company's plant, including the lack of anti-leak measures when loading benzene and methanol.

The air and water of the area that is 500 meters above and around the industrial park is contaminated and hence, people in this area have been evacuated, the Yancheng environmental protection bureau told China News Service.