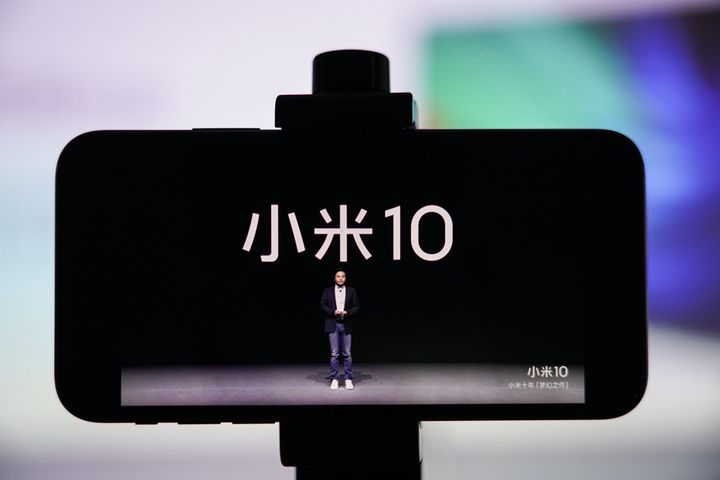 (Yicai Global) Feb. 14 -- Xiaomi's Mi 10, the phonemaker's first high-end handsets with fifth-generation networking capabilities alongside the Mi 10 Pro, sold out on the company's online shop in minutes yesterday, priced from CNY3,999 (USD573) and up.

The Mi 10 will sell for between CNY3,999 and CNY4,699  and the Mi 10 Pro, which features a Samsung curved screen, will retail between CNY4,999 and CNY5,999, the Beijing-based firm said in a launch event watched at least 14.9 million times on Weibo and broadcast on 70 other online platforms.  Both handsets feature the Snapdragon 865 processor and rear quad cameras, including a 108 megapixel main camera, the Mi 10 will go on sale at other stores from 10 a.m. today and the Pro version will be sold elsewhere from Feb. 18, it added.

The Mi 10 series marks Xiaomi's 10th anniversary and leverages all of the firm's technological achievements over the past decade, Chairman Lei Jun said during the conference.

The firm plans to spend CNY10 billion (USD1.4 billion) on research and development this year, compared with CNY7 billion in 2019, it said in a previous statement. Most of the 2020 money will go toward smartphones, the Internet of Things and scientific research, it added, saying the company plans to spend CNY50 billion on research over the next five years.

China's first-quarter mobile phone sales will be lower as a result of the novel coronavirus epidemic, Lei said, predicting that the market will not decline as much as imagined and will rebound in the second and third quarters. Phonemakers should get back to work as soon as possible, he added.