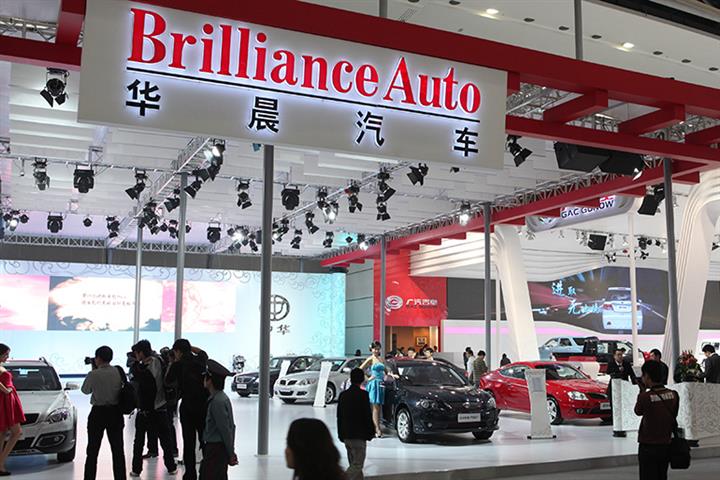 (Yicai Global) Oct. 26 -- Bankruptcy is looming at heavily indebted Brilliance Auto Group after the Chinese carmaker failed to repay the principal and interest on CNY1 billion (USD149 million) of private bonds that were due on Oct. 23, an industry insider told Yicai Global.

“The Shenyang, Liaoning province-based carmaker is actively seeking a solution,” the insider said.

Brilliance Auto, which had racked up debts of around CNY122.7 billion (USD18.3 billion) as of March, will probably negotiate with creditors to push back the expiration date of the debt, said Liu Yu, an analyst of fixed-income funds at GF Securities. The three-year bonds were issued on October 2017 at an interest rate of 5.3 percent.

The company has 14 surviving bonds with a stock of CNY17.2 billion (USD2.6 billion), most of which are due to mature next year and in 2022, said Guangzhou-based GF Securities.

The firm is unlikely to instantly collapse and its future destiny may be filing for bankruptcy and restructuring through the conversion of debts to shares, said Cao He, president of Beijing-headquartered Quanlian Cheshang investment management firm.

Brilliance Auto’s default is typical of state-backed companies, said Liu. Its broken capital chains are the result of the poor profitability of self-owned brands, its impoverished asset quality is due to high financial leverage and it has also been affected by the withdrawal of government assistance.

The firm is heavily dependent on its joint venture with German carmaker BMW, its only profit-making business. Last year, the JV contributed CNY7.6 billion (USD1.1 billion) in net profit, while the rest of the company’s businesses ran up a deficit of CNY864 million (USD129 million). Some 75 percent of its passenger car sales in 2019 were Brilliance-BMW branded ones, according to the 2019 annual report of its unit Brilliance (China) Automotive Holdings.

However, due to an agreement signed in 2018, Brilliance is in the process of halving its equity in the JV to 25 percent by the end of next year with BMW holding the remainder.

Brilliance-BMW operates the Munich-based carmaker’s biggest production plant worldwide. The factory is aiming for an annual production capacity of 650,000 units. It will also produce BMW’s fifth-generation e-Drive power cells, according to its website.