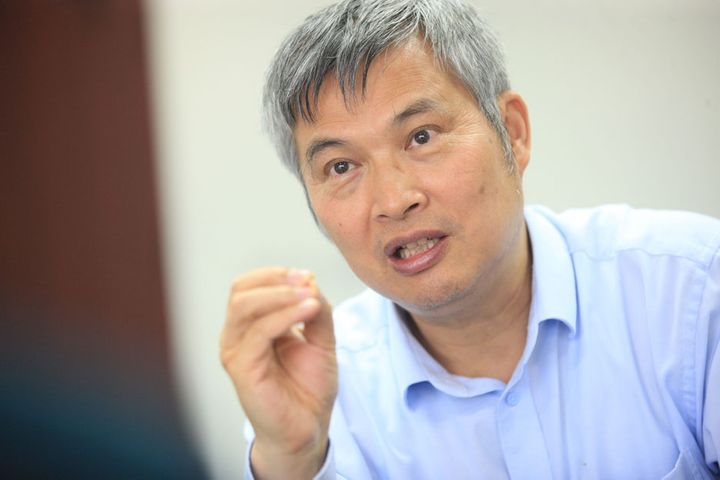 (Yicai Global) May 16 -- The chairman of BOE Technology Group, a global leader in the display panel sector, said he plans to hand over the reins of the USD15 billion company he founded 26 years ago.

Wang Dongsheng will step down this year, he said in a media interview at Display Week 2019 yesterday, which is organized by the Society for Information Display and is being held in San Jose, California. The Beijing-based company's board of directors will decide on his successor and the exact timing of his departure, he added.

"I have reached this decision after thorough consideration," Wang said. "It needs a new leader and the wisdom of a generation after a generation to achieve sustainable development."

Two days ago the Society for Information Display awarded Wang with the David Sarnoff Industrial Achievement Prize, which honors individuals who have made significant contributions to the panel industry.

The 62-year-old "earned the prize for his pioneering and practical contributions to influencing and reshaping the development of [the] semiconductor display industry in and outside of China, with his innovation and forward-looking insights into the industry," Wang's company said in a statement.

In the first quarter of this year, BOE remained the global No. 1 for shipments of thin-film-transistor liquid-crystal displays, or TFT-LCDs, and those of panels for the five main application fields of smartphones, tablets, notebooks, monitors and televisions.

"With or without me as leader, I'm confident that BOE Technology's future will be even better," Wang said.

Chinese mainland-made TV screens claimed more than half of the global market for the first time in the first three months of the year, ending a shortage in China's consumer electronics sector. But the country now has more than 10 producers and will have excessive production capacity, industry insiders have said.

"The oversupply mostly results from too much investment in China, but some makers will go bankrupt in the next one to three years," Wang said. Three to five of the fittest firms will survive a global thinning of ranks, he predicted.