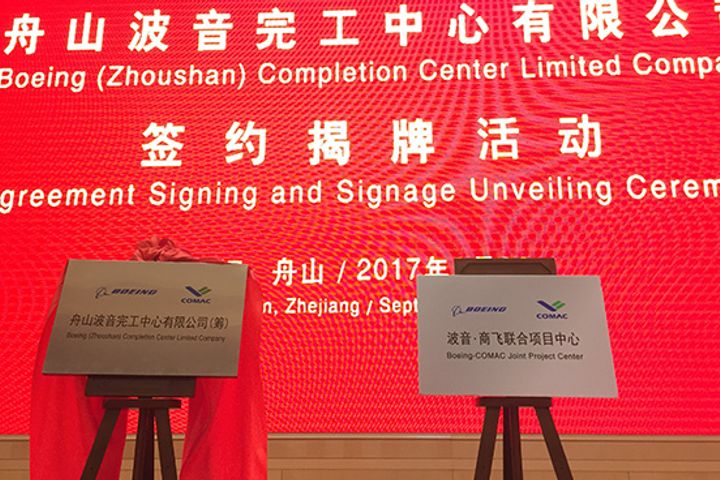 Boeing's First Overseas Plant Opens in China; Should Deliver First Aircraft by End of Next Year

The joint venture is mainly engaged in installing interior decorations, spray coating, repairs, maintenance, delivery support and other services to support the Boeing 737 MAX series of aircraft. Its delivery capacity is set to reach 100 aircrafts a year and it expects to deliver its first plane to China National Aviation Holding by the end of next year.

The 737 MAXs delivered by the joint venture will be used to meet the needs of China's domestic civil aviation operations, the company added. The project will expand international cooperation and exchange channels, enhance international strategic partnerships, optimize China's industrial development and deepen its industrial capacity to build planes.

After the inauguration of the joint venture, the 737 MAX series will be delivered much faster in China and see greater support in the model's production, said Bertrand-Marc Allen, president of Boeing International Group. As the company's first overseas plant, the completion center completes a new chapter of cooperation between the two companies and could facilitate long-term partnerships.