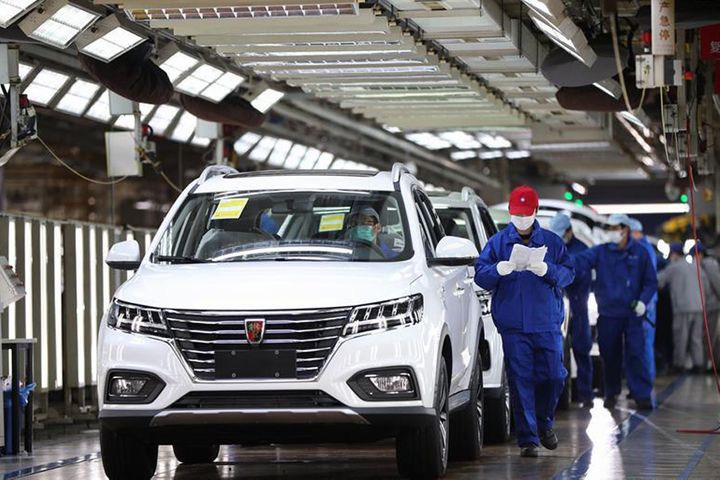 (Yicai Global) March 4 -- The operating rate of China's 16 car original equipment manufacturers' major plants hit 84 percent as of yesterday, and the proportion of workers back on the line reached 66.5 percent, the Ministry of Industry and Information Technology, which oversees China's industrial production, announced on its website today.

Carmakers have basically resumed work and production except for those in key coronavirus-hit regions, it added in the press release.

The MIIT organized direct talks between local industry regulators and companies to coordinate and solve problems of logistics and transport and the timely resumption of parts supplies. It also urged auto industry agencies and experts to analyze the impact of the epidemic on industrial development and countermeasures. The ministry has held a slew of video conferences in order to resume work and production in the sector and promote steady growth in consumption, it said.

A large Chinese automaker called on 400 key parts suppliers in 14 provinces and cities to get back to work, the MIIT noted, without naming it, and companies in 13 provinces had done so as of March 2 with the ministry's help.

The MIIT speeded up the review procedure for negative pressure ambulances -- which contain the air circulating within them when carrying patients with contagious diseases without allowing its release into the outside -- made by Suzhou, Jiangsu province-based Higer Bus and other carmakers, using a remote expert review system with video meetings to ensure product approval, vehicle certification and other procedures continue normally.

The nation's 11 negative pressure ambulance makers have thus far produced 1,847 such vehicles and delivered 690 of them to Hubei province for front-line use in fighting the epidemic.