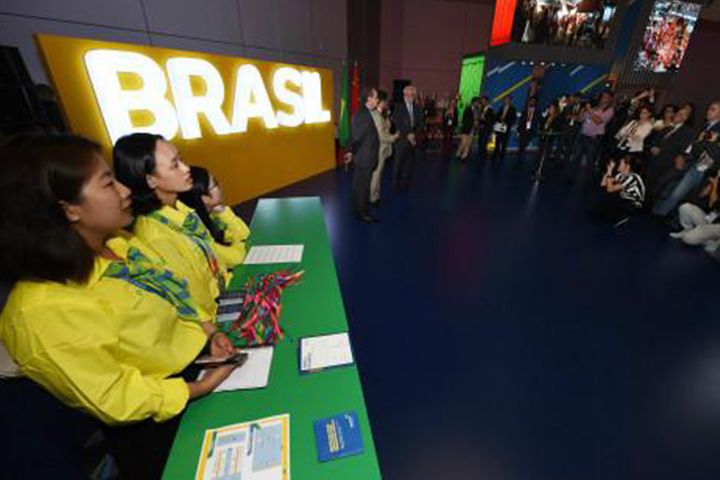 (Yicai Global) Oct. 29 -- Brazil, one of 12 guests of honor at the first China International Import Expo last year, plans to send 20 companies to this year's exhibition and push its pork and coffee products.

The 2019 CIIE takes place in Shanghai from Nov. 5 through Nov. 10 as China looks to further open up its vast market to the rest of the world. This year there will be 15 countries considered guests of honor.

Brazil is the world's fourth-largest pork exporter and has no local exposure to African swine fever, according to Moura. He hopes this year's event will give Chinese buyers and consumers the opportunity to learn more about Brazilian meat and that this will pave the way for more of the nation's meat producers to secure permission to export meat to China and enter the local market.

Meat imports to China from Brazil have seen explosively growth latest, surging 12.5 percent to 150,000 tons in 2018, according to Chinese customs data. Figures from Brazil show that pork exports to China were up 48 percent over the first eight months of this year, while beef and chicken exports leaped 17 percent and 37 percent.

Brazil's JBS, the world's largest meat processor with USD50 billion in annual sales last year, will be in attendance at the CIIE, Moura added, saying the Brazilian Animal Protein Association will also lead a group of meat firms to the expo.

Moura also recommended consumers and buyers consider Brazilian coffee at the event. The country has been the world's largest coffee producer for 150 years and makes up about a third of global production, he added.