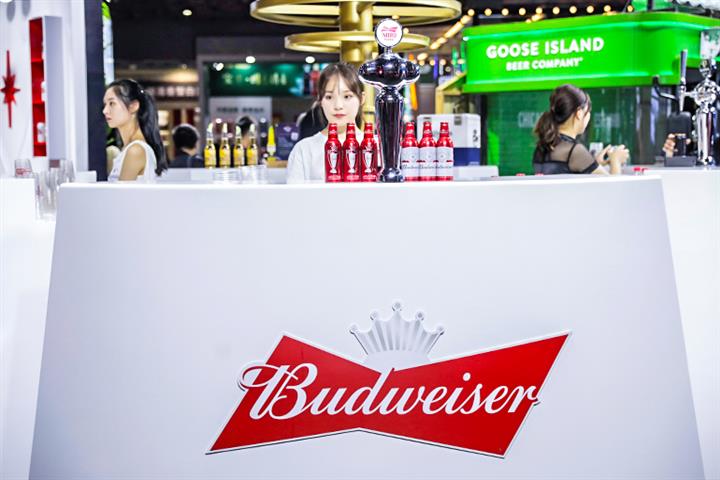 (Yicai Global) June 6 -- The Asia-Pacific subsidiary of Belgian beer giant Anheuser-Busch InBev is giving its sustainability targets a further push by making a second brewery in China carbon neutral before the end of the year.

Budweiser Brewing Company APAC’s (Bud APAC) plant in Jinzhou, northeastern Liaoning province, will realize carbon neutral within its operation by the end of this year, the Hong Kong-listed firm said at an online forum on June 2.

The Jinzhou factory already utilizes 100% renewable energy (RE100), either from the solar panels it has installed or by purchasing green energy. It is now working with companies in the upstream and downstream parts of the supply chains to improve their emissions from packaging, logistics and wastewater disposal, it said.

Bud APAC set a long-term goal at the end of last year of achieving net-zero emissions across its value chain by 2040, said Jan Clysner, Vice President of Sustainability & Procurement. This goes hand in hand with China’s own green goals of achieving carbon peaking in 2030 and carbon neutrality by 2060.

Bud APAC’s brewery in Wuhan, central Hubei province achieved carbon neutrality last year, and the firm has reduced its greenhouse gas emissions across its value chain by 15.5 percent from the baseline year 2017, it said.

Bud APAC already has 13 factories that installed solar panels and this year the number is set to increase by another 20, Clysner said. These plants are not only in China, but also in India, South Korea and Vietnam.

Bud APAC will continue to work with suppliers and partners to cut carbon emissions, Clysner said. For instance, the firm is partnering with Sunman Energy to promote the use of lightweight solar panels. Thanks to its support, Guangdong Huaxing Glass, the beermaker’s biggest supplier of glass bottles, is installing photovoltaic panels in seven factories. Once working, they will generate 28 million kilowatts of electricity per year, equivalent to cutting emissions by 21,000 tons.