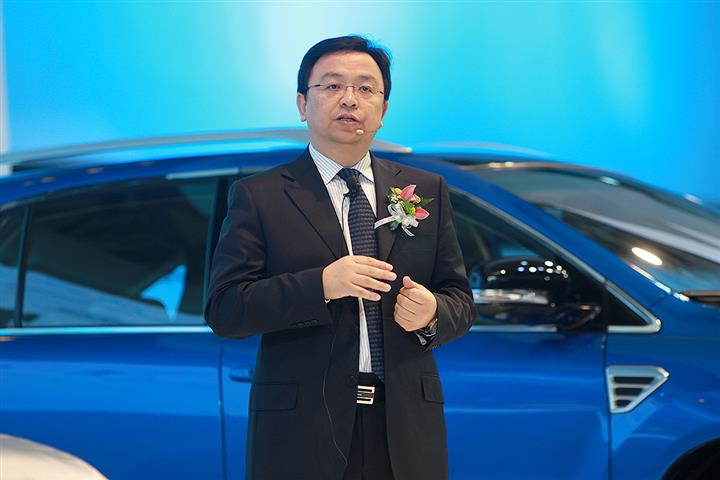 (Yicai Global) Nov. 19 -- China will quickly adopt the use of new energy vehicles, as electric cars enter an unprecedented period of development, according to the founding chairman of BYD, one of the country’s biggest producers of electric cars.

More than 3.3 million NEVs could be sold in China this year and the penetration rate could top 35 percent next year, The Paper reported Wang Chuanfu as saying. The rate rose was about 20 percent in October, up from 5 percent to 6 percent early this year.

The shift to NEVs has been much quicker in China than in other markets, Wang told a financial forum in Shanghai today, adding that a more substantial transition will be seen in the next three to five years.

“I believe fuel vehicles will be replaced by NEVs much faster than regulators have expected as the transition from gasoline vehicles to NEVs will also be pushed by the government as well as commercial moves,” Wang noted.

Chinese electric cars have surpassed traditional fuel vehicles in terms of performance and cost of use, Wang said. “Globally, China will be the NEV market with the most intense competition,” he predicted, which will lead to the “rise of a number of competitive car companies with great potential.

Thirty percent to 40 percent of the cost of an NEV comes from the battery, Wang said, adding that power packs for EVs have been in short supply this year.

Shenzhen-based BYD has invested heavily in batteries, but supply is still short of demand which has far exceeded the firm’s expectations, he noted. He also said BYD's DM-i platform models are in short supply, with outstanding orders for 200,000 units, and the delivery period of these models is up to four months.