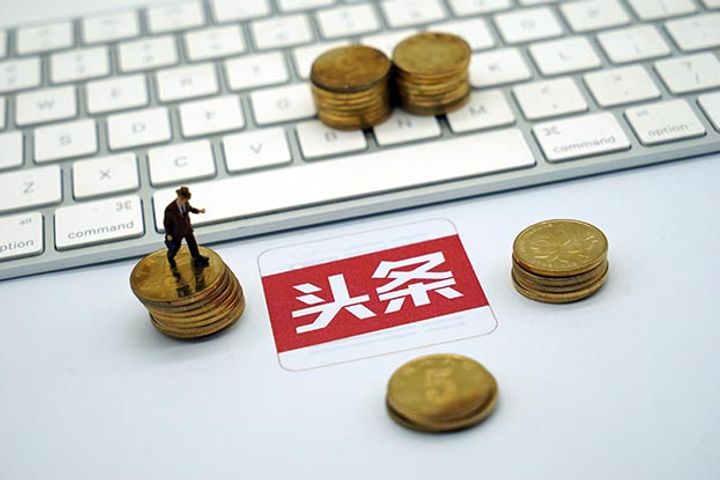 Built for iOS and Android phones, Zhidian, which roughly translates as "value point" in English, will retail high-quality consumer goods at low prices, according to China Fund News, a financial news outlet backed by state-owned newspaper People's Daily. Pushing items to buyers in a similar way as information flows to users of Toutiao, the new app marries content and e-commerce.

Zhidian's launch marks Toutiao's latest assault on the e-commerce sector. The platform added a 'Selling' section to its app in 2016, which focuses on personalized product recommendations and notched up daily turnover of CNY4 million (USD577,600) as of the end of that year.

Toutiao also cooperates with e-commerce giants Alibaba, JD.Com and Suning, opening its shopping section to their contributions and special selections. The three are also present on Jinritemai, Toutiao's other standalone platform for online shopping ideas, which launched last year.

The new app's debut shows the company is not satisfied with just providing recommendations. Toutiao's shopping channel receives an average of 10 million daily hits, providing a strong basis to compete with Pinduoduo and JD.Com, which boast 43.1 million and 33.6 million daily active users.

Zhidian users can pay online or when products are delivered. Notably, the app only accepts mobile payments from one of China's two major mobile payment platforms, namely, Alipay from Ant Financial Services Group. The decision to block WeChat Pay may be related to the long-standing battle between Bytedance and the payment platform's owner Tencent Holdings in the short-video streaming and other markets.

Competition between the pair in short videos has intensified over the past year. Bytedance operates Douyin, known as Tik Tok overseas, which with 300 million active monthly users is the market leader. Tencent blocked the sharing of Douyin videos on its social app WeChat and has focused efforts on promoting its own platform Kuaishou.

With a 17.8 percent stake, Tencent is also Pinduoduo's largest shareholder after founder Huang Zheng, according to data provider Wind. Through Tencent, Pinduoduo has access to distribution channels on WeChat and QQ, which is a bone of contention for rivals Alibaba and JD.Com who have been excluded from these dominant social media platforms. WeChat users can't even open links from Taobao inside the app's browser.

Toutiao's large user numbers present a major opportunity for expansion in e-commerce. The company's continued battle with Tencent may explain the firm's continued partnership with Alibaba and JD.Com. It is far more savvy for the platform to work with two of China's biggest players rather than against them.

In July, rumors emerged on WeChat-based news outlet Changgeng Technology that Alibaba plans to invest in Douyin's next round of funding if it splits off from Bytedance. Jack Ma's Yunfeng Capital is also rumored to be interested in investing in Toutiao on behalf of the Hangzhou-based tech giant.