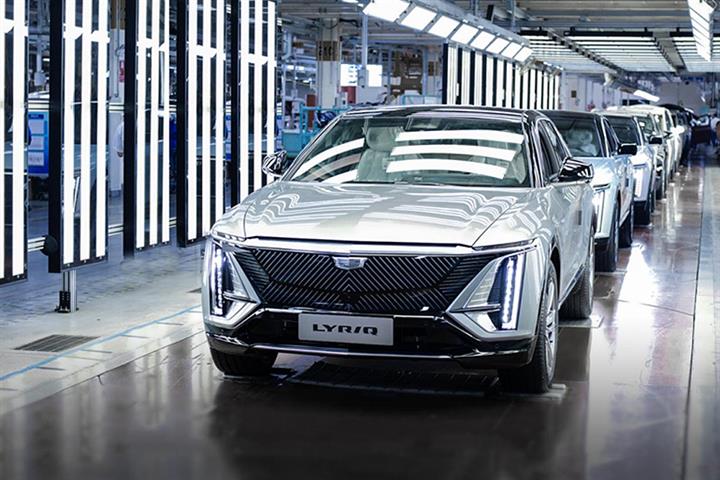 (Yicai Global) May 9 -- Cadillac’s first car in its all-electric LYRIQ series rolled off the production line at the SAIC-GM joint venture factory in Shanghai on May 7, marking an important step towards its mass production. It is also the first new car model to be produced at the plant run by auto giants Shanghai Automotive Industry Corp. and the US’ General Motor since it resumed operations amid the prolonged Covid-19 lockdown.

The LYRIQ is also the first car made using GM’s new energy vehicle platform Ultium, which the Detroit-based company brought to the China market in September last year. It is the cornerstone of GM’s full-scale electrification plan, enabling nearly 100 percent of components to be outsourced. By 2025, the firm’s Buick marque will launch five more electric cars based on the platform.

GM will launch more than 30 EVs worldwide by 2025, of which more than 20 will be introduced to the Chinese market, Julian Blissett, GM's global executive vice president and president of GM China, said previously. The company's electric car output in China is expected to reach one million units by then.

China is one of GM's most important markets, accounting for nearly half of its global sales at 2.9 million units last year. The SAIC-GM JV, set up in 1997 and in which each party has an equal 50 percent stake, sold 1.3 million units that year.