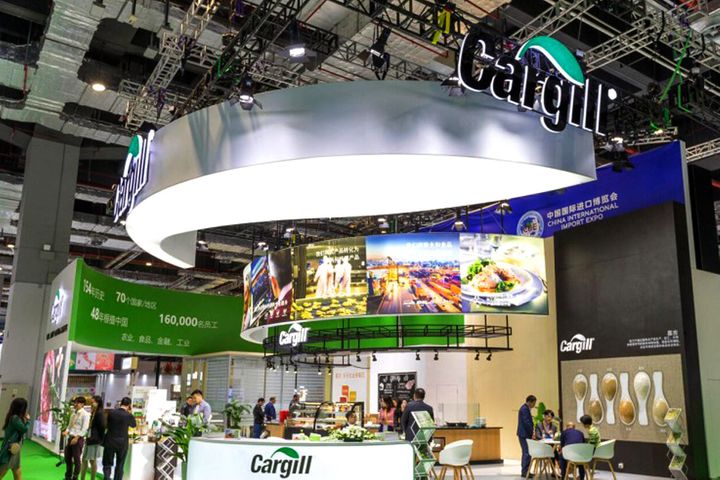 Cargill to Pen Deals Worth USD3.1 Billion at CIIE, Up 29% From Last Year

The contracts mostly cover beef, poultry, grain, vegetable oils and iron ore, Liu said in an interview yesterday, adding that the increase was largely down to innovation at Cargill and changes in the local market. The Minnesota-based firm signed USD2.4 billion worth of deals at the inaugural CIIE last year.

One of the key market changes was the outbreak of African swine fever, which has led to Cargill importing pork from Russia into China to tend to the nation's waning supplies. The firm also introduced new products to better suit the local market, such as pea protein powder, natural skin care products and artificial meat.

Cargill will also name Shanghai as the new Asia Pacific headquarters for its agricultural supply chain business at the CIIE, which runs from Nov. 5 through Nov. 10 this year, Liu added. The unit makes up more than half of Cargill's business in the APAC region.

The firm has been continually increasing its investment in China, doubling spending over the past seven years as it built a USD40 million animal nutrition factory, a USD49 million animal protein processing line, and a beauty care laboratory, and spent USD112 million expanding its corn processing facility in the country.

"China's business environment is obviously improving; not only in first- and second-tier cities, but also in less developed cities," Liu added, referencing how the firm can now clear its goods near one of its factories in a small city named Songyuan, rather than via the main customs channels in Dalian or Changchun.

"The value of exports from the factory alone reaches USD100 million", he said.

Cargill Chairman David MacLennan also weighed in on the benefits of the CIIE, saying it "provides unique opportunities to strengthen economic cooperation and bolster mutually-beneficial trade in the Chinese market."