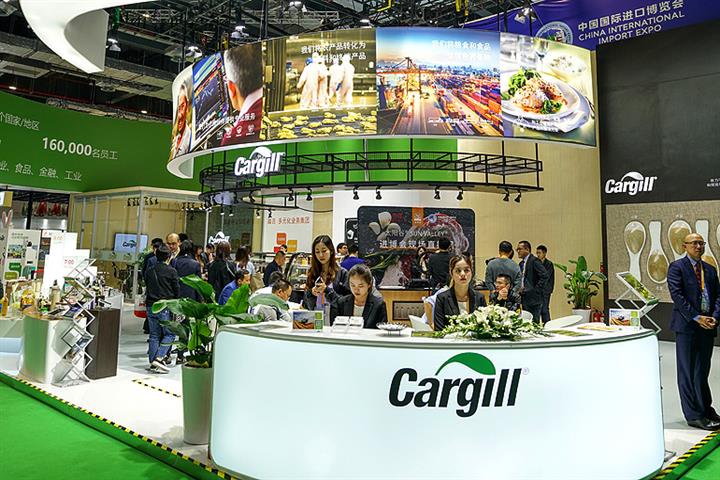 US Food Giant Cargill Markets Its Mock Meats in China

(Yicai Global) July 1 -- US food processor Cargill launched a plant-based protein consumer brand PlantEver in China yesterday that includes two plant-based faux-flesh products, to wit a chicken-alternative nugget and a bogus-beef patty, the company, which is the largest private one in the US, said in a press release.

These products will provide Chinese consumers with the nutritional value of veggie products combined with the gustatory relish of meat, per the statement. The nuggets are on the market now and the plant-based patty will land early this month, it added.

These vegetable-based protein products are made locally in Cargill’s facilities in Chuzhou in China’s eastern Anhui province.

“Our customers in China can count on a partner with the supply chain, scale, and formulation capabilities to deliver the solutions they need,” Jackson Chan, managing director of Cargill Protein China, said in a statement, Silicon Valley-based online food and agriculture technology venture capital platform AgFunder Network reported May 4.

In last five years, Minnetonka, Minnesota-based Cargill had invested over USD7 billion worldwide to expand its animal protein business and invested in multiple clean meat firms in Asia and North America and the research, development and production of various plant meat products.

KFC cooperated with Cargill in April this year, beta testing meatless golden 'chicken' nuggets in Shanghai, Guangzhou and Shenzhen. The product, which is made of plant-based ‘meat’ mainly composed of protein from soy, wheat and peas, is free of cholesterol and tastes just like real meat.

Cargill will partner with the Japan-based Lawson's convenience store chain to launch two new plant-based mock meat products, which are expected to be on the market starting in July.

Founded in 1865, Cargill, is the largest non-public firm in the US and a global leader in food and agriculture areas. It reported USD113.5 billion in sales in fiscal last year. Grains, soybeans, oilseed and oil plants are its main agricultural products, but it also plies the grain acquisition, storage and milling, stock rearing and chicken slaughtering and processing businesses.