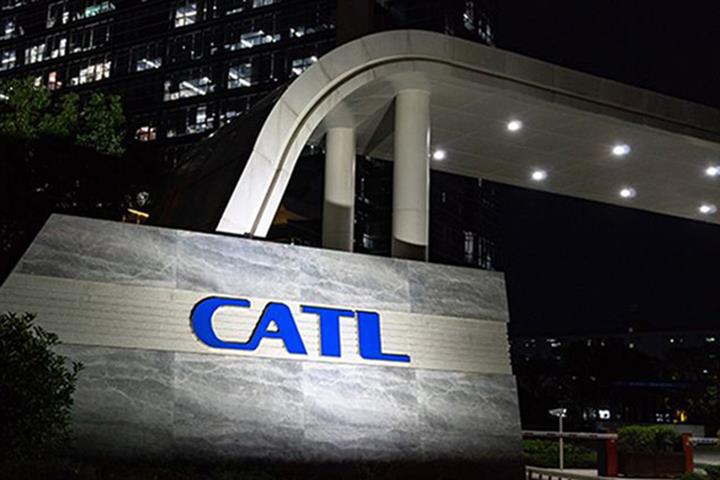 (Yicai Global) Sept. 8 -- Contemporary Amperex Technology today denied a rumor it will abandon the high-nickel 811 battery after the world's leading car battery maker’s shares tumbled over 11 percent yesterday on concerns major automakers will eschew high-nickel batteries over safety concerns after a trio of fires linked to the cells over the spring and summer, financial media Securities Times reported today.

The sharp decline yesterday slashed the Ningde, Fujian province-based firm's market cap by over CNY40 billion (USD5.9 billion). Its shares [SHE:300750] recovered in the afternoon to close 0.27 percent up at CNY186.90 (USD27.32) after having fallen a further 2.46 percent in the morning.

The NCM 811 battery is 80 percent nickel, 10 percent cobalt and 10 percent manganese. It has a longer lifespan and allows electric vehicles to go farther on a single charge, a key point of EV performance. This kind of high nickel battery was first adopted by Panasonic, and then mass-produced by the CATL. It is widely used in cars with a range of over 500 kilometers.

"The high-nickel battery is the 'commanding height' manufacturers are fighting for, and the NCM 811 is the essential path to seize that eminence," CATL said, emphasizing the company not only competes with domestic peers but also contends with other foreign rivals like LG Chem for international orders.

"[We] won't give up the 811 battery because this is the necessary route to strive for dominance and power of discourse in the traction battery area," media cited a CATL insider as stating. "Relinquishing the 811 battery means abandoning the high-end market," the insider added.

Two causes sparked the rumor that mainstream carmakers will give up the NCM 811 battery, the report said, citing analysts. First, three spontaneous ignition accidents recently occurred with the Aion S, a compact electric sedan model from GAC New Energy, in South China in May and August, after which the carmaker switched to China Aviation Lithium Battery Technology's NCM 523 high-voltage battery, stoking concerns over the safety of high-nickel ternary lithium-ion batteries. Second, CATL rival BYD is developing its own competing battery on a different technological tack.