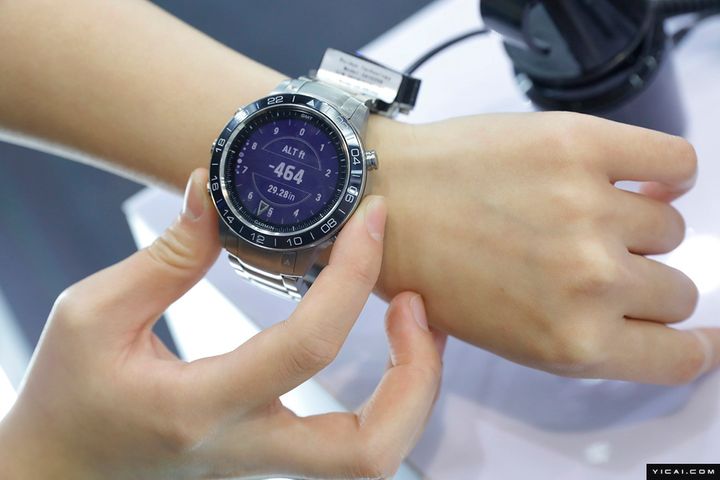 China's JD.Com  arrived at the fair with its service robot designed to help persons with  reduced mobility. Consumers may control the droid with a sensor.

A visitor is  testing out a staffless VR game station that could be installed in  public places including shopping malls, cinemas, subway stations, and  airports.

NuraLogix's  facial recognition software can tell how its user is doing physically  and psychologically just by analyzing the person's face.

China's GJS Technology showcased its gaming robot at the event.

Japan's BoCo  displayed its bone conduction headphones that convey sound though bones,  not via air, and hence allow the user to simultaneously take in their  surroundings.

The event had a  special microfarm that uses very little resources, including only 2  percent of the amount of water that traditional farms do. The urban farm  makes the life cycle of one plant very fast.