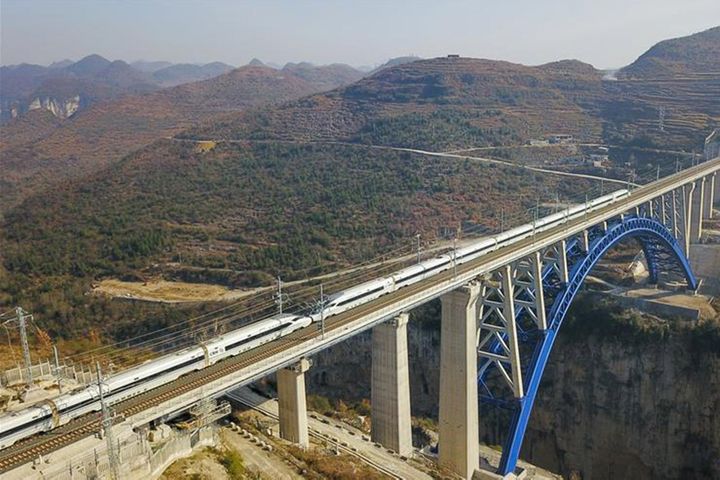 The quickest journey between Guiyang in Guizhou province and Chengdu in Sichuan province now takes just two hours and 58 minutes, the Guizhou provincial government said on its website.

The 648-kilometer line starts in Chengdu, passes through the cities of Leshan and Yibin in Sichuan and Zhaotong city in Yunnan province, before arriving in Guiyang. It has 24 stops and its trains have a designated speed of 250 kilometers an hour.

In the early stages, China State Railway Group will arrange 20 round trips along the line, the Beijing-based company said. It will operate 44 round trips on a routine schedule and add 14 more during peak seasons following adjustment of the state railway schedule on Dec. 30.

The Chengdu-Guiyang high-speed rail is an important part of the Lanzhou (Xining)-Guangzhou corridor which is one of China's "eight vertical and eight horizontal" major high-speed railway network. It connects southwest China with the Yangtze River Delta and the Pearl River Delta.