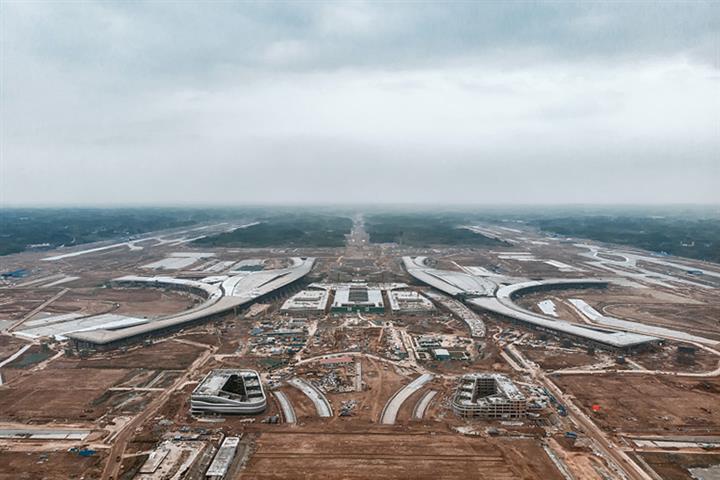 (Yicai Global) Jan. 22 -- Tianfu International Airport in Chengdu, central Sichuan province conducted test flights with the world’s largest passenger airplane and other jetliners today, demonstrating that all civil aviation aircraft can safely land at and take off from the city’s second airport as it gets ready to open.

The wide-bodied A380 aircraft has the greatest requirements for runway length, runway width and road surface strength, Sichuan Daily reported. The successful test flight by the China Southern Airlines’ plane demonstrates that the Tianfu International Airport has reached the highest certification level of 4F.

Once up and running, Chengdu will become only the third city in China to have two airports after Beijing and Shanghai.

Sichuan Airlines will use Tianfu International Airport as a hub for its overseas flights to Europe, North America, Australia, New Zealand, Southeast Asia and Northeast Asia, the report said.

Private airline Lucky Air plans to develop backbone routes between Tianfu International Airport and the economic hubs in the Pearl River Delta and Yangtze River Delta. It will also build a domestic wide-body aircraft operating base in the capital of Sichuan province.

Tianfu International Airport, which started construction in May 2016, is located about 50 kilometers southeast of Chengdu. It has three runways of 4,000 meters, 3,800 meters and 3,200 meters long and two terminals with an area of 600,000 square meters. Annual passenger throughput is expected to be around 40 million.