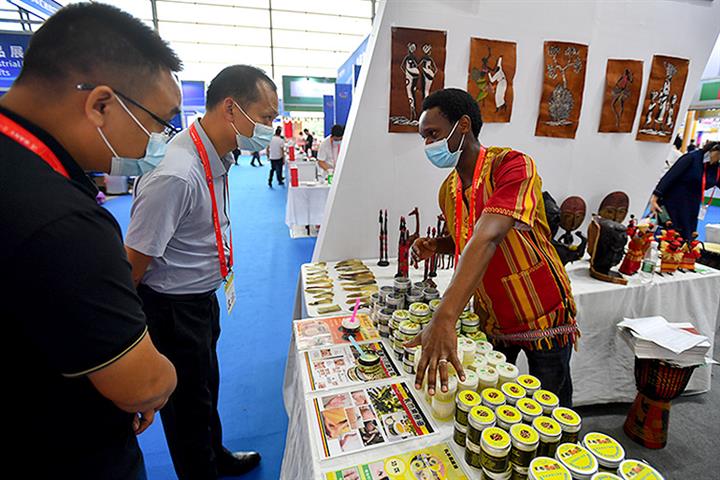 (Yicai Global) Nov. 17 -- The value of bi-lateral trade between China and the African continent jumped 38.2 percent in the first three quarters from the same period last year, reaching a historic high for the period, as all economic and trade indicators between the two continents improve, China’s vice minister of commerce said today.

“China has always aimed for balanced trade with Africa and has never deliberately sought a trade surplus,” Qian said. African countries have different resource strengths, economic structures and foreign trade policies. With some countries there are trade surpluses and with others there are deficits, he added.

China’s direct investment in African industries from January to September climbed 9.9 percent year on year to USD2.6 billion, more than in the same period in 2019 before the Covid-19 pandemic broke out, Qian said. The growth rate was 3 percentage points higher than China’s overall investment abroad.

The figures fully demonstrate the confidence of Chinese companies in the future development of Africa and the prospects of the African market, Qian said. More than 3,500 Chinese companies have invested in Africa. The Chinese government provides policy, financial and other forms of support to encourage Chinese businesses to increase investment in Africa, he added.