Chinese Airlines Weather Virus as Domestic Flight Bookings Are up by Over Half
Chen Shanshan
DATE:  May 11 2020
/ SOURCE:  Yicai 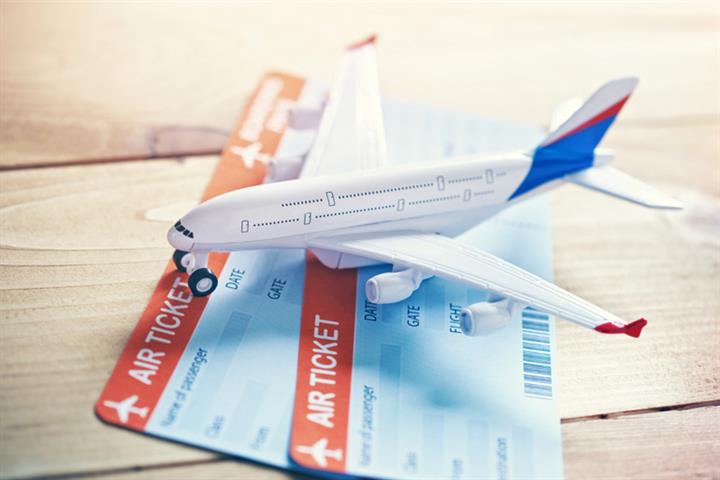 (Yicai Global) May 11 -- Residents’ travel demand has begun to gradually recover as Covid-19 comes under control in China and bookings of domestic flights have been restored by over 50 percent since the May Day Holiday, with traffic on some air routes even exceeding that of the same period last year, data from Beijing-based booking site operator Qunar.Com show.

The sector has now passed through the darkest days of the pandemic, Air China, China Eastern Airlines, China Southern Airlines and several other airlines have all declared.

The rise in the bookings has benefited from resurgent tourism and business travel, said Lan Xiang, Qunar vice president. Most of the top 10 air routes with the fastest growth within three days after the Labor Day holiday are major business travel routes, the company’s statistics also show.

Last month’s utilized transport capacity was evidently larger than that of March, the executive team of Air China noted, adding the resumption of transport capacity will further accelerate this month, while that in June will also undergo monthly growth as the pandemic further recedes, the country resumes work, and its production and economy gradually pick up.

Bookings of domestic flights will restore to 70 to 80 percent in the second quarter, to 80 to 90 percent in the third, and to a relatively normal level by year’s end, the executive team of China Eastern Airlines also projects. Flight bookings are expected to return to positive growth compared with last year by next summer or autumn. “The most freezing winter of all is now over,” they said.

“The domestic market will experience a U-shaped rebound, and China’s [domestic] transport capacity is predicted to return to last year’s level in mid- to late July, while that of international flights will call for one or two years to recover,” the executive team of China Southern Airlines explained.

Demand will gradually rise, executives at Spring Airlines said, adding China has strengthened its exchanges and relations with [members of] the Association of Southeast Asian Nations, Japan and South Korea amid the spread of the coronavirus, and airline routes to these areas may return to normal earlier in the post-pandemic period, whereas global routes to distant destinations will be slower to resume.