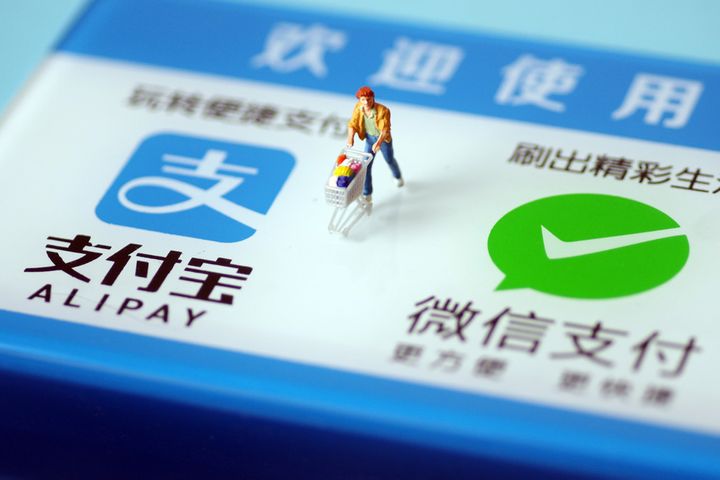 (Yicai Global) Nov. 8 -- Two Chinese mobile payment giants have successively announced this week that overseas visitors to China can take advantage of their mobile payment services in the country as China continues to push the further development of its mobile payments.

Tencent Holdings, WeChat Pay's parent, will work with Mastercard, American Express, Discover Global Network (and its Diners Clubcard) and JCB to bind their overseas credit cards with its domestic mobile payment network so that foreigners traveling in China can now use the payment app for such online services as buying train tickets, hailing taxis, booking hotels and shopping, the company announced in a Nov. 6 press release.

Phone payments are ubiquitous in China, where last year 60.53 billion such transactions were made with a total value of CNY277.4 trillion (USD40 trillion), up about 61 percent and 37 percent on the year, respectively, official figures show.

The Shanghai branch of the country's central bank the People's Bank of China announced at the end of last month in a policy document it was exploring ways to eliminate obstacles to foreigners' use of domestic third-party payment tools.

Visitors can thus now use their overseas bank cards to load funds onto their prepaid cards. The minimum replenishment for each one is CNY100 (USD14.25), with the balance capped at CNY2,000. A card is valid for 90 days, after which any remaining money is automatically refunded.