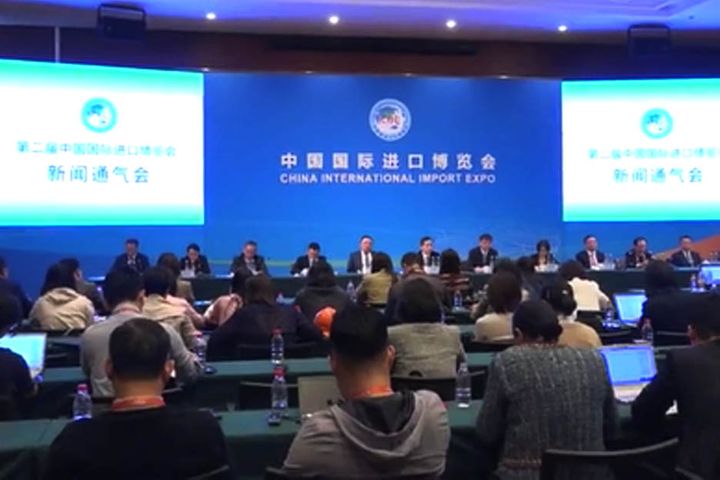 China imported more than USD2.1 trillion in goods last year, making up 10.7 percent of the global total, Assistant Minister of Commerce Ren Hongbin said on Nov. 2, at a press briefing for this year's CIIE. Imports into China grew 22.7 faster than the worldwide average, he added, saying this positions China as a major engine behind global economic growth.

The 2019 CIIE, taking place in Shanghai from Nov. 5 through Nov. 10, has appointed 15 special guest countries this year, three more than the inaugural event in 2018. There will be 24 nations of a total 64 making their first appearance at the event, Ren added, with businesses this year booking 90 square meters of space on average, up from 74 last year.

"There are more than 500,000 professional visitors registered for the second expo, which is much higher than the first and the largest among similar global events," he said. "Some 7,000 of these are from overseas, also far more than the first event."

Follow Yicai Global on
Keywords:   Ministry of Commerce of China