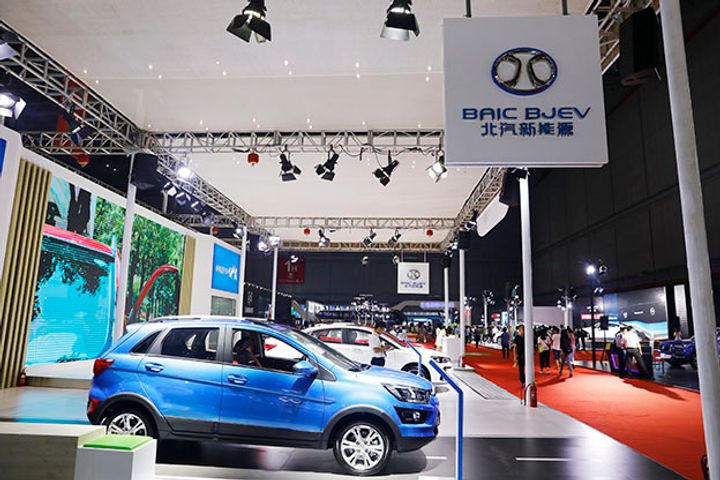 (Yicai Global) Jan. 16 -- Beijing Automotive Group's electric car unit BJEV and Magna International, one of the world's biggest auto parts makers, have broken ground on their new-energy vehicle testing center in China's Jiangsu after setting up a joint venture in the province.

The pair held a ceremony to celebrate the forming of Magna Blue Sky Technology Zhenjiang and break ground on the testing center in Zhenjiang yesterday, BJEV said in a statement the same day. The two firms plan to join hands i

The technologies and experience Ontario-based Magna can offer will greatly help BJEV improve its vehicles and enhance its brand image, the carmaker's General Manager Zheng Gang said in the statement. The two firms plan to use the testing center to raise the bar in NEV manufacturing and set higher quality standards for high-end electric cars.

The pair will also build BJEV's first plant to make parts for its Arcfox modular chassis, which will provide base for its high-end mini NEV, the Arcfox-1, and its electric supercar, the Arcfox-7. The factory will also double up as a contract manufacturer for other carmakers.

The Arcfox production range will make its global premier at the Geneva International Motor Show in March, a BJEV insider told Yicai Global. The firm has not yet set a price for the cars or picked a Chinese name for Arcfox, but the source believes BJEV will make them available at the show.

BJEV has been China's most successful NEV maker for the past five years, with annual sales rising more than 53 percent to 158,000 units last year, to beat its target by over 5 percent. The firm, whose parent ranks among the Fortune Global 500, went public via a back-door listing last year after buying Beijing Qianfeng Electronic and renaming it BAIC Bluepark New Energy Technology.