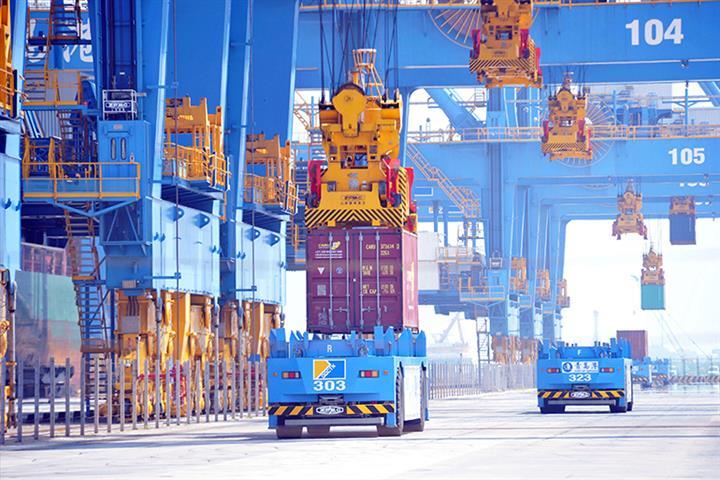 (Yicai Global) Feb. 16 – China became the main trade partner of the European Union (EU) in 2020, with exports and imports both increasing despite the COVID-19 pandemic, Eurostat said yesterday.

At the same time, the trade in goods with the United States, which had topped the EU's trade partners list until early 2020, saw substantial decline in both ways.

The single market suffered a decrease of 9.4 percent in exports of goods and 11.6 percent decrease in imports in 2020. With industries largely affected by the containment measures last year.

The Eurostat release coincided with China's official data published in mid-January, which showed the trade with the EU grew by 5.3 percent to CNY 4495.77 billion, or nearly Eur 600 billion, in 2020.

While China's total goods imports and exports expanded 1.9 percent year on year to CNY 32.16 trillion (about USD 5 trillion) in 2020, hitting a record high, the surge in trade with the EU was more than double the average growth rate.

The result fully speaks for "the strong resilience and importance of China-EU economic and trade cooperation," said Zhang Ming, head of the Chinese Mission to the EU, at a webinar last month with the European think tank, Friends of Europe.