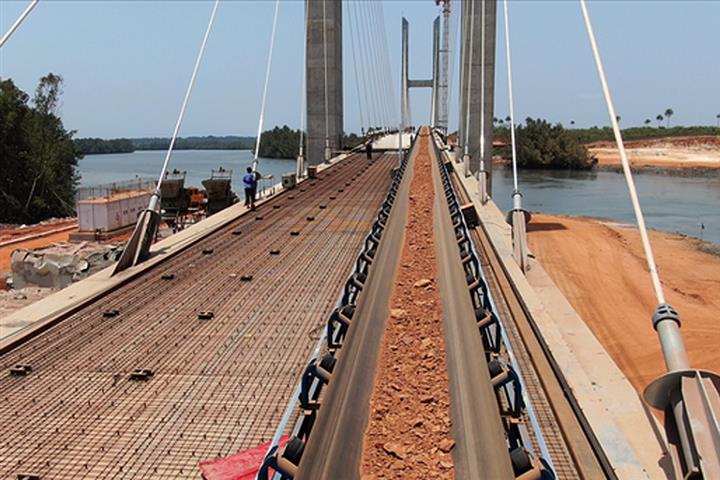 (Yicai Global) April 13 -- Aluminum Corp. of China, the biggest listed aluminum firm in China and better known as Chalco, has fully opened the largest China-backed bauxite mine in Guinea a month ahead of schedule.

Chalco opened the mine on April 6 after completing debugging tests on a 23 kilometer conveyor belt at the mine in Boffa, China Securities Journal reported today.

The mine becoming fully operational will be important in changing the way ore is used and improving supplies of key mineral resources for China’s aluminum sector, the Beijing-based firm, which is the world’s second-largest aluminum oxide supplier, said.

Guinea boasts the world’s biggest aluminum ore reserves and Chalco holds 1.75 billion tons at the Boffa mine, allowing constant mining for around 60 years. The firm paid USD585 million to build the first stage of the project, with a designed annual output of 12 million tons of high-quality ores.

Chalco penned a Boffa mine development agreement with the African nation’s government and Societe Guinneenne du Patrimoine Minier, or Soguipami, in October 2016. Chalco’s Hong Kong arm penned the construction deal with Guinea in its capital Conakry in June 2018 and began building the mine in October that year.