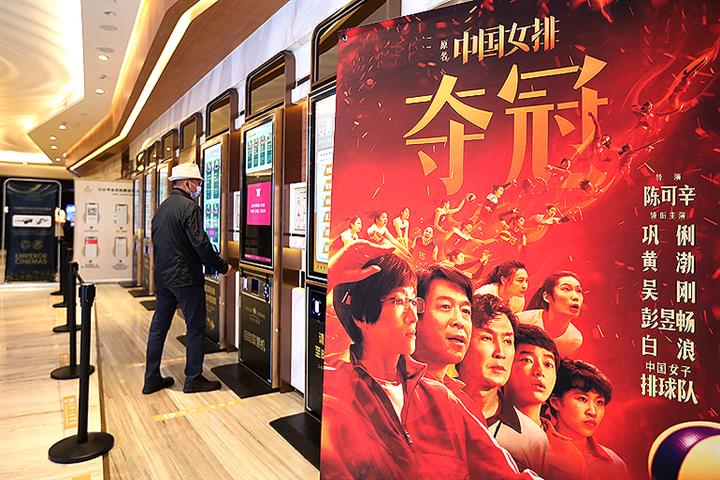 After being shuttered for half a year due to the Covid-19 pandemic, this year's National Day and Mid-Autumn Festival holiday was a key event for Chinese cinemas. Almost 100 million people flocked to movie theaters between Oct. 1 and Oct. 8.

Patriotic blockbuster My People, My Homeland, the sequel to last year's My People, My Country, hit the screens on Oct. 1. It came top with takings of CNY1.9 billion (USD283 million). This was followed by animated adventure film Legend of Deification, which earned CNY1.4 billion, and Leap, a biographical movie that tells the story of the China women's national volleyball team, took in CNY360 million (USD53.6 million).

Almost 95 percent of cinemas were back in operation by September, according to financial services firm China International Capital Corp.