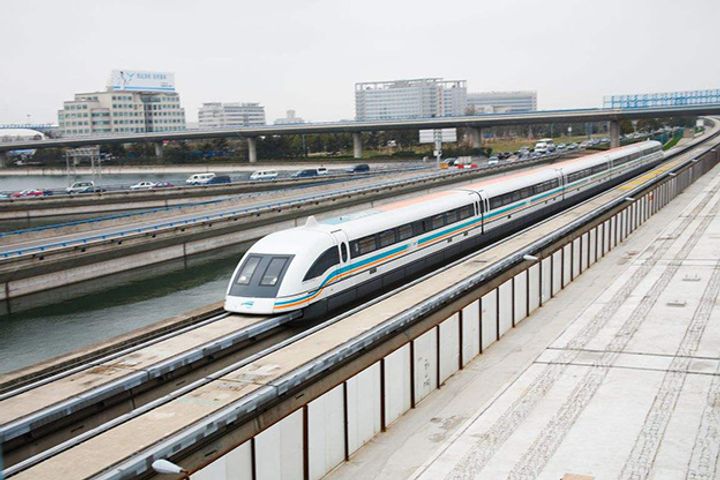 (Yicai Global) May 25 -- Chinese authorities have called a halt to construction at a factory for the production of magnetic levitation trains due to a lack of demand for the high-speed speed transit method.

China currently has three maglev rail lines in Beijing, Shanghai and Changsha. Maglev trains in Beijing were supplied by CRRC Tangshan, while those serving Shanghai and Changsha were produced by a foreign company and CRRC Zhuzhou Locomotive, respectively. Shandong's Qingdao and Zhuzhou in Hunan province are planning to build maglev lines in future also.

CRCHI announced plans early this year to invest CNY10 billion (USD1.6 billion) in a new rail transit equipment industry park in the city, slated for operation by the end of 2022. The project would have several facilities including a maglev train production line.

Development of the Chinese rail transit market has been irrational to a certain extent irrational, a market insider told The Paper. For example, CRCHI, traditionally an infrastructure firm, had aimed to branch out into train manufacturing, while CRRC Corp. is tempted to enter the turnkey contracting and communication signal markets despite its specialization in rolling stock manufacturing.

"If [the regulators] turn a blind eye to this, the companies will certainly be tempted to expand the boundaries of their businesses," the insider said.

By building the maglev production line in Changsha, the market insider noted, CRCHI intended to compete with CRRC for a bigger market share. Government regulation on maglev transportation is relatively lax at present, but given the limited number of cities interested in building their own magnetic levitation systems in future, the market is pretty small so overcapacity is likely to occur, he opined.