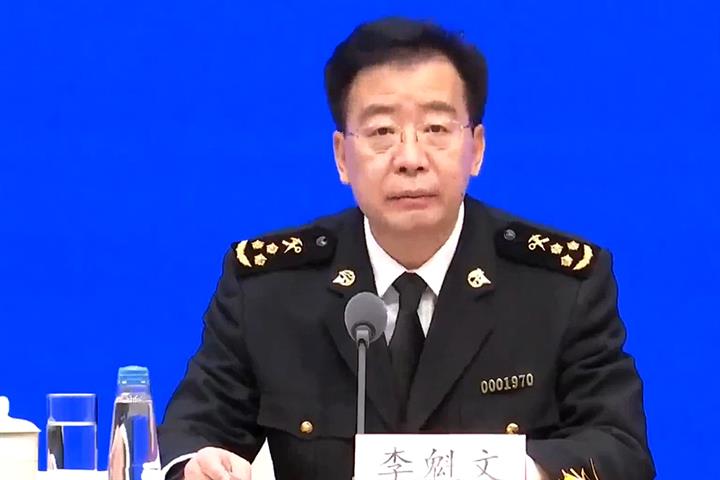 (Yicai Global) April 14 -- China is confident of stabilizing the fundamentals of foreign trade to minimize the epidemic’s impacts on imports and exports.

Government agencies across China have taken steps to steady the growth of foreign trade to help firms pull through, gradually open international transport channels and bolster supply and industrial chains, Li Kuiwen, a spokesperson for the country’s General Administration of Customs, said at a press briefing today.

The spread of the Covid-19 pandemic is still accelerating, severely impacting the world economy, he noted. Difficulties confronting China's foreign trade should not be underrated as shrinking global demand will definitely hit the country's exports, with new orders waning. China's foreign trade is resilient and competitive, however, and domestic firms are strong in innovation and market development, he added.

China's imported and exported some CNY6.6 trillion (USD933 billion) in goods in the first quarter in a 6.4 percent drop on the year. Exports fell 11.4 percent to CNY3.3 trillion and imports by 0.7 percent to CNY3.2 trillion, official data show. The trade surplus slid by about 81 percent to just over CNY98 billion (USD14 billion).

The nation's imports and exports with countries along the Belt and Road kept growing, a key factor in the stable growth of China's foreign trade, though they fell overall in the period. China's trade with countries along the Belt and Road was over CNY2 trillion in the first three months in annual 3.2 percent growth, with a roughly 6 percent gain in trade with the Association of Southeast Asian Nations and an almost 6 percent rise with Russia.