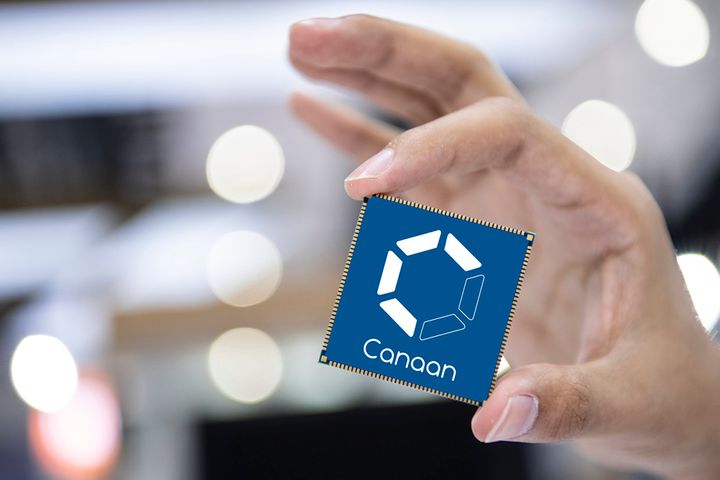 China's Canaan to Release Its Second AI Chip This Year

With more than 90 percent of its earnings coming from sales of Bitcoin mining machines, the Beijing-based company's financial results and stock price are closely linked to the price of Bitcoin.

But with only a limited number of the coins available, Canaan is keen to change that and distance itself from the cryptocurrency, founder and Chief Executive Zhang Nangeng told Yicai Global at the Consumer Electronics Show in Las Vegas earlier this month.

Hence the push into AI chips. These are chips that are technologically advanced enough to perform machine learning tasks, eliminating the need for human control.

Canaan's first-generation AI chip, the Kendryte K210, was released in September 2018. After overcoming a few technical setbacks, it is now being used in such application scenarios as access control, smart zones, smart home appliances, smart energy consumption and smart agriculture.

There is still room for improvement, Zhang said. Many customers don't have the expertise to directly use AI chips, so the company needs to provide overall solutions such as algorithm optimization and product module implementation. So far, just 40 to 50 staff out of 300 are involved in its chip business.

Canaan listed on the Nasdaq stock exchange last November, raising USD90 million and becoming the first crypto mining machine maker to go public. Shares of the company have fallen 32 percent to a closing price of USD6.14 each yesterday from an initial offering price of USD9.