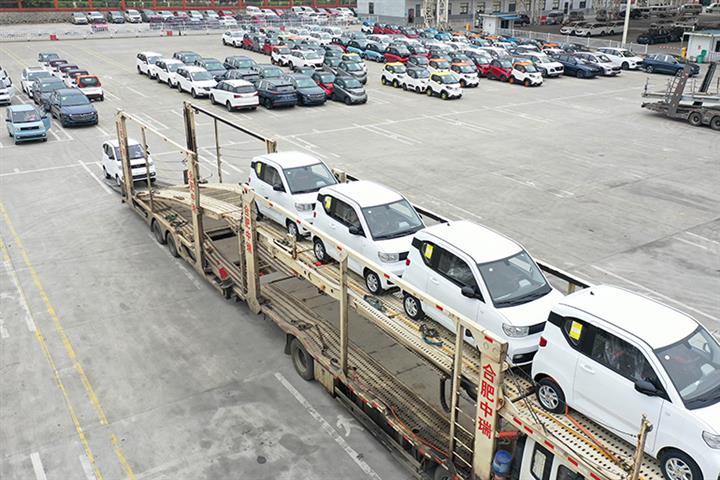 (Yicai Global) Sept. 8 -- China’s car sales fell for a third month in a row in August, dragged lower by a worsening shortage of auto chips, but sales of new energy vehicles continued to surge, according to new figures.

Passenger car sales fell 14.7 percent from a year earlier to 1.5 million in August, the China Passenger Car Association said in a statement today. That was a 3.3 percent dip from July and a 7 percent decline from August 2019.

This is only the second time in the past 20 years that August’s sales have fallen below those of July, the CPCA said. The main reason was that the resurgence of the pandemic in Malaysia worsened the shortfall of chips used in vehicles, it added.

In the eight months ended Aug. 31, sales rose 17.1 percent from a year ago to 12.9 million, which was down from 23.1 percent growth in the first seven months of the year.

NEV sales surged 168 percent from a year ago to 249,000 units last month. That was a 12 percent gain on July. For the eight months through August, sales tripled to 1.5 million.

Of the 1.88 million total increase in sales from January to August, 1 million units were NEVs, accounting for 54 percent of the total increase and contributing 9 percentage points to overall passenger car sales growth from a year earlier, the CPCA’s data showed.

The CPCA said that as the Malaysian epidemic gradually eases, the supply of auto chips should gradually improve this month, and car production and sales will also pick up.