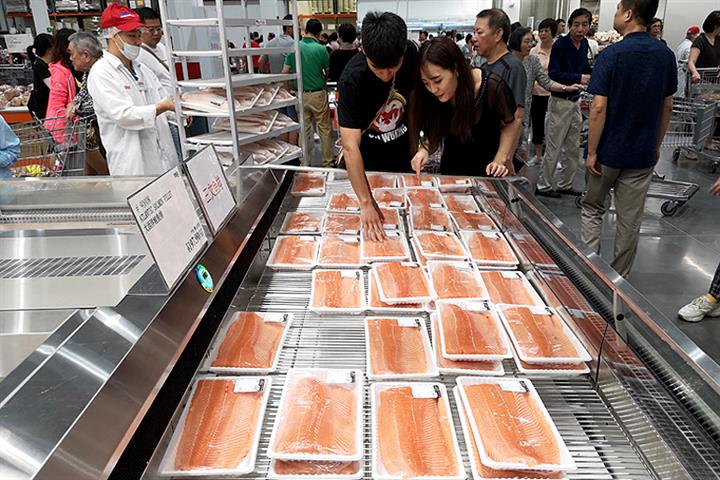 (Yicai Global) June 17 -- An official at the Chinese Center for Disease Control and Prevention said yesterday that no evidence has emerged that salmon was the host or the intermediate host of the novel coronavirus outbreak now affecting Beijing.

A new cluster of the Covid-19 virus was found on salmon cutting boards at Beijing’s largest wholesale food market over the weekend, leading to widespread panic. However, there was no trace of the virus on the salmon before it reached the market, Shi Guoqing, deputy director of the CDC’s emergency response center, said at the press conference.

"At present, all the evidence points to Xinfadi, rather than to salmon,” said Zhong Kai, director of the China Food Information Center.

No contamination has been found in restaurants selling salmon, and no infections have been found among people who eat the fish, he added. Also, there have been no Covid-19 outbreaks related to imported salmon in any other cities.

The virus, however, has also been found on the salmon cutting boards at Beijing’s Jingshen Seafood Market.

The findings have devastated the industry with restaurants and supermarkets immediately removing the seafood from their menus and shelves. Extra testing has also put existing stocks in danger of going past their expiry dates.

"The incubation period for the Covid-19 virus is at least three days, sometimes up to two weeks,” an epidemiologist told Yicai Global. The earliest related case was announced on June 4, which means that the infection took place three to 14 days before that.

The possibility that salmon and other aquatic products have been contaminated has not been ruled out, he added.