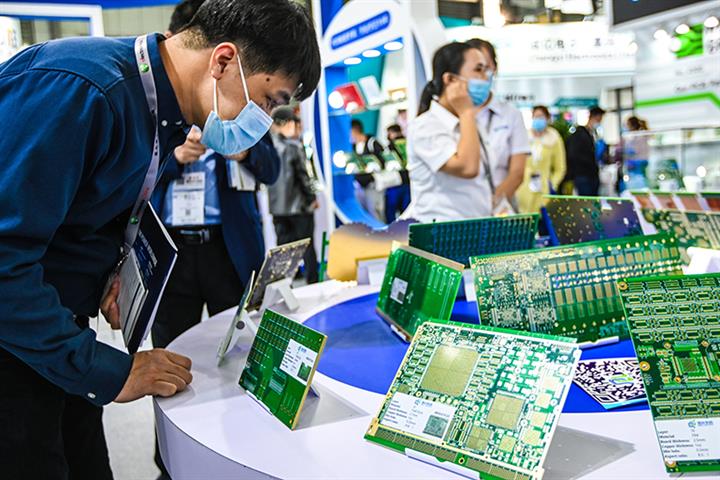 (Yicai Global) April 22 -- China’s chip imports reached a record high last month as manufacturers rushed to stock up on the core components used in electronic devices to ensure supplies amid geopolitical tensions and the ongoing supply chain disruption caused by the pandemic.

Some 58.9 billion semiconductors worth USD35.9 billion were brought into the country in March, according to the General Administration of China. In the first three months of the year, imports jumped 33.6 percent to 155.6 billion, worth USD93.6 billion. That was also an increase of 77.6 percent from 2019.

Chinese companies used to favor zero inventory, but over the last two years, since the United States began to bar some from buying its software and hardware, they are amassing supplies for three months, six months and even longer, Huawei Rotating Chairman Xu Zhijun said last week.

It is this panic buying that has led to the current global semiconductor shortage, Xu added.

Smartphone maker Realme has bought enough chips to last a whole year, when before it would keep enough stock for its needs over seven to eight months, President Xu Qi told Yicai Global earlier.

The price of some special microcontroller units has surged more than six times in the last year to USD50 each from USD8. But even with the price hikes, there is no guarantee of being able to find enough product, industry insider Ma Kai said.

“The price of other general purpose MCUs has jumped as much as 10 times to several US dollars from a few cents, putting a lot of pressure on the sector,” he added.