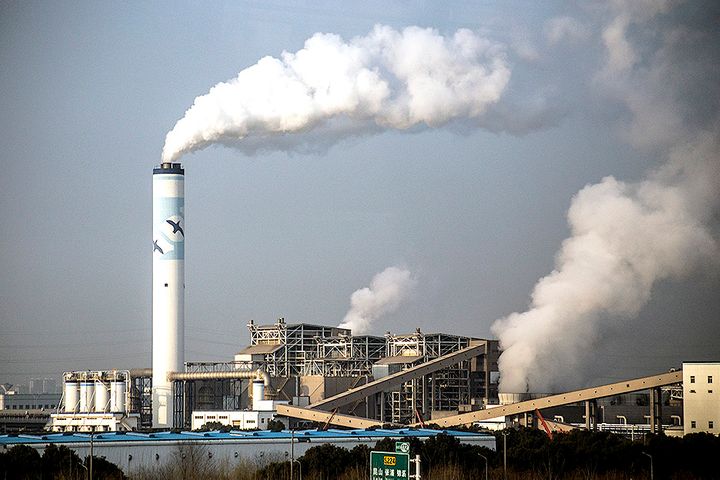 That equals a total reduction of 5.26 billion tons of carbon dioxide emissions over those years, the Ministry of Ecology and Environment said in its 11th annual report on China's climate change policies and actions.

The report shows that the government took a series of policy measures last year to control greenhouse gas emissions, while improving the system to combat climate change and promoting the development of a carbon emissions market, Vice Minister Zhao Yingmin said at a press conference.

China has continued to address the problem of excess steel and coal capacity, the report said. By the end of 2018, it had slashed more than 150 million tons of crude steel capacity, and shut more than 20 million kilowatts of outdated coal power plants, achieving its 2016-2020 production reduction target two years in advance.

Coal accounted for 59 percent of energy use last year, down 1.4 percentage point. Meanwhile, the country vigorously developed non-petrochemical energy. Its installed generating capacity from renewable sources rose 12 percent to 730 million kilowatts at the end of last year, accounting for 38.3 percent of all installed capacity, a gain of 1.7 point.

By the end of June, China had opened pilot carbon emission markets in the cities of Beijing, Tianjin, Shanghai, Chongqing and Shenzhen as well as in the provinces of Hubei and Guangdong. Market quota transactions are running smoothly, and the accumulated spot trading volume of quotas has reached 330 million tons of carbon dioxide, with transactions amounting to CNY7.1 billion (USD1 billion).

The 2019 United Nations Framework Convention on Climate Change will be held in Madrid, Spain, next month. China hopes the important meeting will help negotiations on the implementation of the Paris Agreement's remaining issues, and that developed countries will fulfill their commitments to provide climate funding assistance to developing countries.