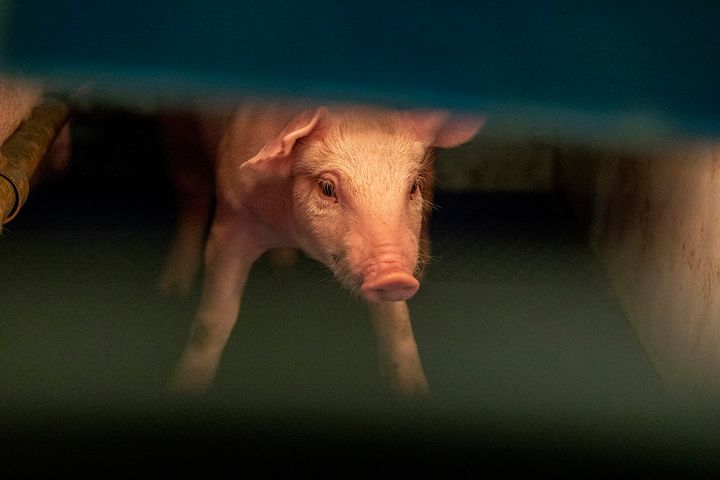 (Yicai Global) April 11 -- Consumer inflation in China climbed to a five-month high last month because of food prices, according to official data.

The consumer price index, a key measure of inflation, rose 2.3 percent in March from a year earlier, data released today by the National Bureau of Statistics shows. The cost of food jumped 4.1 percent, contributing 0.82 point to growth in the CPI, with pork prices a key factor, analysts said.

Pork prices rose for the first time in 25 months, leaping 5.1 percent and adding 0.12 point to the CPI, while fresh vegetables surged 16.2 percent because of the spring off-season and contributed 0.42 point to the CPI.

A sharp increase in pork prices since March, due to the number of live pigs and fertile sows continuing to drop because of swine fever, has raised concerns about a surge in inflation.

Pork prices have been driving the CPI up, said a research team at Bank of Communications' Financial Research Center. But costlier pork may spur demand for alternatives meats such as beef, mutton and chicken. So pork prices will not show higher-than-expected growth, they added.

Prices of food, except pork, have been relatively stable so far, and the reduction in value-added tax will lower non-food prices and the producer price index, so inflation will remain under control, according to Jiang Chao, an analyst at Haitong Securities.

The rise in the cost of vegetables and pork has narrowed since April, and the lower VAT rate has trimmed the price of non-food items. This may imply a slight uptick in the April CPI to perhaps 2.7 percent, Jiang added.

African swine fever has hit hog breeding, ushering in an inflection point for pork prices, which are expected to continue rising amid a steep falloff in supply, Liu Zhe, deputy dean of the Wanbo New Economic Research Institute, told Yicai Global. This may push the CPI above 3 percent in some months of this year.

If higher-than-expected pork prices result in a jump in inflation, how will the central bank react?

The People's Bank of China will probably increase its inflation tolerance and stabilize the growth target, according to analysis by Li Chao's team at Huatai Securities. It will likely cut the open market policy interest rate in the second quarter to reduce financing costs and improve the operating environment for small and micro enterprises.