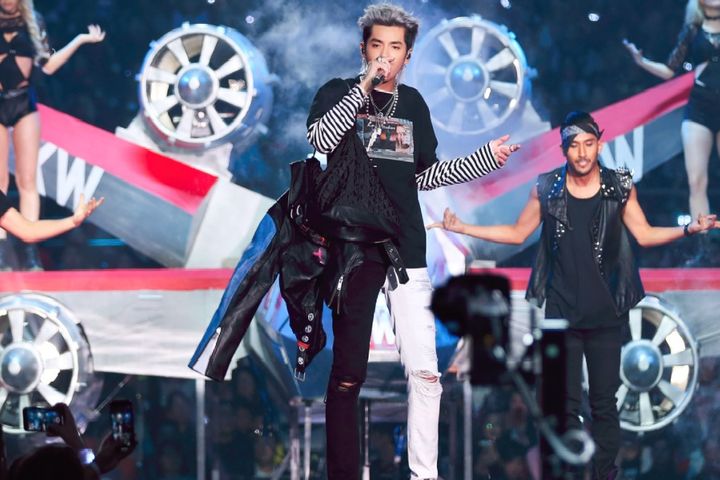 (Yicai Global) Jan. 28 -- The US National Football League, better known as NFL, has named Chinese singer and actor Kris Wu as Super Bowl LII Ambassador for NFL China. Wu will debut at the 10-day live concerts leading up to Super Bowl, the championship final, in Minneapolis, the US, according to NFL.Com.

Wu will be the first-ever Chinese artist to perform at a Super Bowl event, which attracts millions of views across and beyond the US. The Minnesota Super Bowl Host Committee confirmed Kris will perform at "Super Bowl LIVE," a free fan festival featuring in the run up to Super Bowl LII. The Chinese heartthrob's performance is slated on Feb. 3 at 4 p.m. in downtown Minneapolis.

Wu has a large fan base in China, with over 27 million followers on China's Twitter-like Weibo platform and 5.6 million on Instagram, NFL.com noted. Wu's performance and Super Bowl LII experience will be covered and broadcast in China by Tencent Sports, the exclusive live digital streaming media partner of the NFL in China.

"I look forward to participating in Tencent's coverage and sharing my gameday experience with fans around the world," Wu said. He also thanked the NFL and the organizing committee for inviting him.

"Kris Wu is an extremely talented individual and will be a great representative for NFL's rapidly growing fan base in China," said NFL China Managing Director Richard Young. "The NFL's popularity in China continues to boom as fans seek new, high quality sports entertainment experiences. Kris' involvement combined with coverage from our online broadcast partner, Tencent Sports, will certainly enhance the Super Bowl experience for our Chinese fans," he added.

To attract young audience and extend its fan base in China, the NFL has been working with Tencent Holdings Ltd. to provide live coverage of the game to fans in China where over 1.3 million average weekly viewers tuned in to watch live NFL games during the 2017 regular season, said NFL.com.