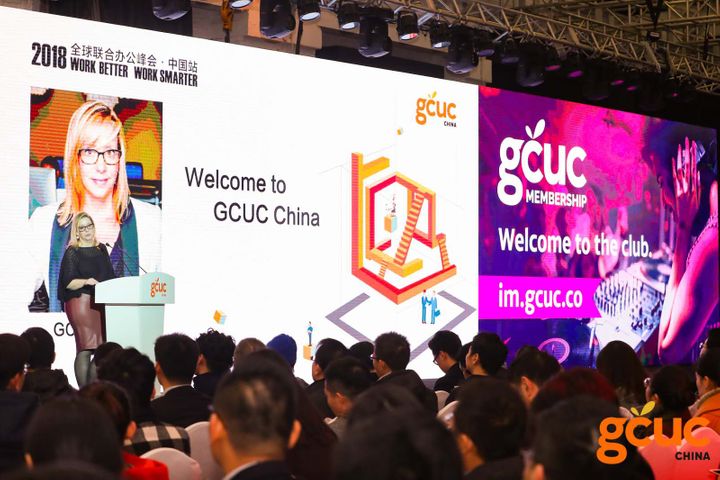 China's Coworkers Band Together to Keep Up With WeWork, UCommune

(Yicai Global) Dec. 17 -- A wave of consolidation is gripping China's fast-growing coworking sector in recent times. The industry's big two players WeWork and UCommune have moved to shore up their market positions with a series of deals, while other players have also made moves to pool resources in the face of intense competition.

The latest deal was last week when Shanghai-based People Squared, billed as the first company to bring coworking to China, agreed to merge with smaller operator Walnut, based in Chengdu in the western province of Sichuan.

"It really doesn't matter if the deal is a merger or acquisition, what it implies is that the industry needs to get together to become bigger and more sustainable as we face risks," People Squared founder Bob Zheng told Yicai Global in an exclusive interview on the sidelines of the Global Coworking Unconference Conference held in Shanghai from Dec. 4 to Dec. 7. For him, consolidation marks an opportunity for greater collaboration between operators.

"The same is true for UCommune, even though they are much bigger than other spaces, they are also going down this merger path and operators of each brand are realizing that collaboration is becoming important to get what they want in the long-run," he added.

Since setting up China's first coworking space in 2010, industry stalwart Zheng has grown People Squared to 40 spaces covering six cities nationwide, while also becoming Google's only Chinese partner for its global startup incubation program. Despite the expansion, the company is increasingly under pressure amid the meteoric rise of Ucommune and WeWork.

After a stuttering start to its expansion into China, WeWork has gone from running four spaces in the country to around 60 in just two years, representing one-sixth of the New York-based firm's locations globally. The country's other big player UCommune has also eaten up several operators in the last 12 months as the unicorn looks to solidify its presence in a market expected to be worth over CNY10 billion (USD1.5 billion) by the end of 2019, according to China Money Network.

Despite their intense growth, Zheng still maintains that significant opportunities exist for smaller players. "In China, a lot of operators are trying to become WeWork but the market doesn't need another WeWork," he said. "People want an alternative to this kind of shared office, and they will look for other brands that can give them different resources, presenting opportunities."

Zheng's optimism is echoed by Liz Elam, the founder of Austin-based space operator Link Coworking and organizer of GCUC. "We can sit and let the two dragons fight it out while some of the smaller brands that pay a lot more attention to community can work together to find a way to compete on a bigger scale," she told Yicai Global at the event, which has grown to become the largest industry conference of its kind since starting six years ago.

"If we can find a way to consolidate the smaller players and work together then you can help them compete against the big guys," she added.

The sheer size of the big two players, means that smaller operators will face challenges and their very survival could be threatened, Elam accepts. "In China, you could end up with a couple of dominant players to the detriment of the people," she said.

"If you are not very big it will be too hard to compete and part of that is because WeWork generally deploys some very aggressive pricing tactics, they will steal a client from you and pay 100 percent commission," she added.

People Squared aims to continue to seek out new growth points by differentiating its spaces through cooperation with players from a variety of backgrounds. The company is working with Shanghai Milk Group on the transformation of property belonging to the state-owned dairy giant into a state-of-art flexible working space in Shanghai and has also set up a music-focused space with Chinese record label Taihe Music Group. The firm has also teamed up with video giant Youku to move some workers into spaces in Beijing.

"More and more corporates are looking to use flexible offices not only to reduce costs but to get closer to innovation," Zheng said. "In China, this trend is already happening and they are moving into spaces and getting a closer look at startups."