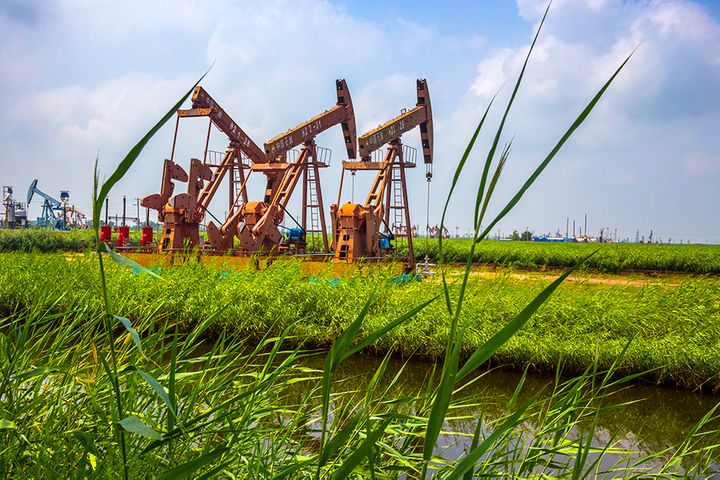 (Yicai Global) July 4 -- The market for Chinese crude oil futures has run smoothly since it listed its first contract in March and has exceeded industry expectations in terms of liquidity and effectiveness, according to a commodities expert.

The China market has had reasonable influence on global prices, Yang Jian, director of the University of Colorado Denver's J.P. Morgan Center for Commodities, said yesterday at a derivatives forum held by the School of Economics and Management, Tongji University in Shanghai. The liquidity of the Shanghai Futures Exchange's first crude contracts five months in was comparable to London Brent futures and just slightly below the West Texas Intermediate in New York, he added.

In its first year, China's crude oil futures market accumulated a trade volume of 36.8 million lots totaling CNY17.2 trillion (USD2.5 trillion). It had over 40,000 registered accounts, including large petrochemical firms and other investors, the Shanghai exhange said in March.

Shanghai's crude futures reacted quickly to changes in American oil inventories, which shows the efficacy of the Chinese market, he said, adding that China has also had an impact on international futures and in particular during daily trading hours.

"Since domestic day trading hours are the night trading hours in Europe and US, it is easier to influence the relatively light night market," Yang said. "At the same time, European and US traders also realize that information from Asia and China can help them better understand globalized crude oil market changes."

Shanghai should now focus on developing daily trading to have a larger clout in international pricing, he added, suggesting it also introduce institutional investors with long-term aims in order to limit short-term speculation.