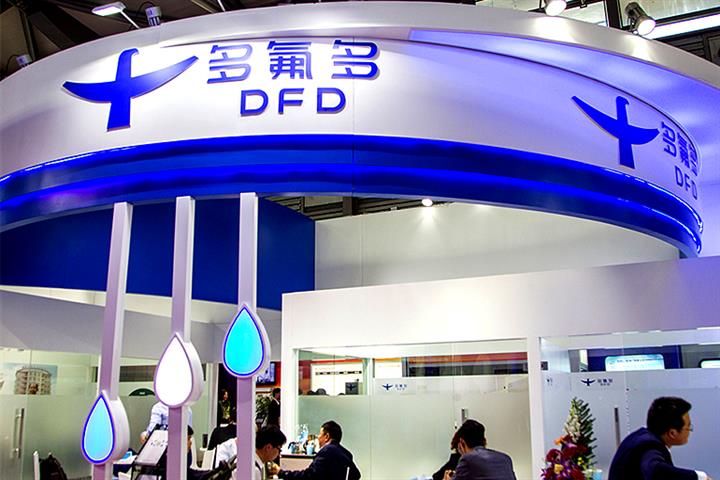 The Henan province-based company will issue new shares to as many as 35 investors, it said in a statement late yesterday. Do-Fluoride will use CNY4.4 billion of the proceeds to build an electrolyte chemical plant with annual capacity of 100,000 tons around its existing factory in Jiaozuo, while the rest will supplement working capital, it added.

A private placement is a sale of stock to pre-selected investors which dilutes the number of a listed firm’s outstanding shares. It often leads to a short-term drop in the share price.

With an after-tax payback period of about six and a half years, the project will greatly increase Do-Fluoride’s annual capacity of lithium hexafluorophosphate and consolidate its leading position in the industry, it said, adding that the lithium difluorosulfonimide and lithium difluorophosphate will be used in high-energy density lithium batteries.

The initial plan for the capacity expansion was released in July. In the new statement, the project investment remained the same as previously announced, but its annual capacity was reduced to 100,000 tons of electrolyte materials from 150,000 tons. No reason was given.

Lithium hexafluorophosphate makes up more than 40 percent of every lithium battery electrolyte’s cost. Last month, the price of the raw material reached CNY465,000 (USD72,810) from CNY100,000 early this year amid surging demand.

China produced 21,320 tons of lithium hexafluorophosphate in the first half of this year, nearly the same amount as in 2019 and up 134 percent from the same period last year, per statistics from industry research and consulting firm Iccsino.

Do-Fluoride is one of the main lithium hexafluorophosphate suppliers in China. One year ago it could only produce 8,000 tons of the material, but amid strong demand the firm also announced in September a CNY1 billion investment to build a new plant with annual output of 20,000 tons.

The company signed a deal with BYD to supply the leading Chinese power battery and electric vehicle maker with at least 56,000 tons of lithium hexafluorophosphate from next January to December 2025, Do-Fluoride said on Nov. 15. No product pricing was given, but based on that day’s market price, the contract could be worth CNY28 billion (USD4.4 billion).