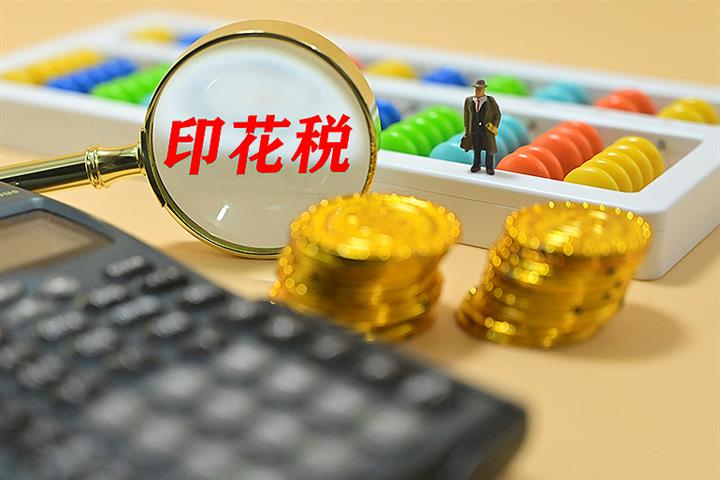 (Yicai Global) June 4 -- The revision of China’s draft stamp duty law, which is now under way, does not involve a reduction in the levy charged on securities trading, Yicai Global has learned.

The draft was submitted to the 26th session of the Standing Committee of the 13th National People’s Congress for a first reading in February.

Given the fact that the stamp duty system is functioning smoothly, the draft has basically kept the tax system’s framework intact, said Zang Tiewei, a spokesman for the committee’s Legislative Affairs Commission.

At the same time, based on opinions of various parties, it is proposed to make some amendments to the draft in the second reading, he added. First, streamline tax items with certain tax cuts. Second, further clarify the scope of stamp duty. And third, improve regulations on tax breaks.

Affected by the news, brokerage stocks gained today, with the entire securities sector rising over 2 percent. Among them, Southwest Securities [SHA: 600369] surged by the 10 percent limit to close at CNY5.25 (USD0.82). The Shanghai Composite Index also edged up 0.2 percent, while the Shenzhen Component Index added 0.7 percent.

Stamp duty on securities trading is unlikely to be cut, Shi Zhengwen, director of the Finance and Taxation Law Research Center at China University of Political Science and Law, told Yicai Global. The levy is not high and is onto paid by sellers, he said, so if trading is infrequent, the tax burden is not heavy.

Moreover, since China does not have capital gains tax, reducing stamp duty on securities transactions is not a good option, Shi added.

The draft was first submitted to the 26th session of the Standing Committee of the 13th NPC for consideration on Feb. 27. It kept the current taxation framework and tax levels generally unchanged.

According to the stamp duty tax rate schedule attached to the draft, the stamp duty on securities trading is levied at a rate of 0.1 percent on the value of the transaction.