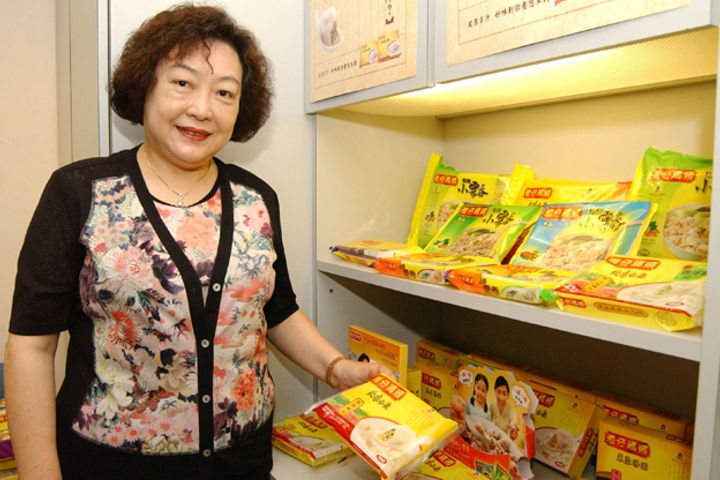 (Yicai Global) Feb. 12 -- Zang Jianhe, the renowned founder of a Chinese dumpling brand now owned by General Mills, has passed away the age of 73.

The entrepreneur, known as China's 'Dumpling Queen,' died yesterday, the world's sixth largest food company said in a statement the same day. The Minnesota-based firm, which also owns Haagen-Dazs and Betty Crocker, will release further information over the next few days, it added.

Zang established Wanchai Ferry in 1985 and sold 70 percent of her shares to Pillsbury in 1997, which was acquired by General Mills in 2001. Born in 1945 in Qingdao, Shandong province, she moved to Hong Kong in 1977 with two daughters, and began selling boiled dumplings at the city's crowded Wan Chai Pier for a living.

She built her first factory eight years later and the firm has stuck to its guns -- making boiled and sweet dumplings and wontons ever since. The firm now has 15 production bases and exports across Asia, North American and Europe, with annual sales tallying around CNY6 billion (USD884 million). It increased revenue by 8 percent in its most recent fiscal quarter, according to General Mills' latest financials.

Wanchai Ferry did not respond to Yicai Global's questions about how the death would affect its operations and ownership structure.