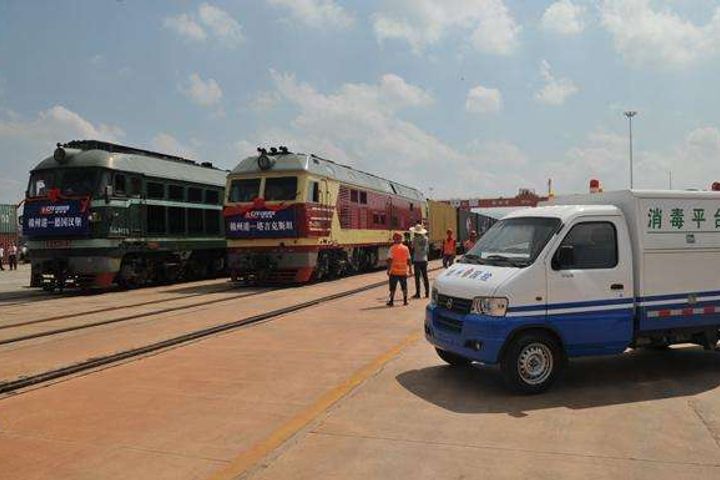 (Yicai Global) Sept. 25 -- Two China-Europe freight trains linking the Port of Ganzhou in Jiangxi province, China to Hamburg, Germany and Tajikistan officially entered operation, and the port is set to become China's first inland one facilitating international trade through the New Eurasian Land Bridge by the end of the year.

The trains each left the Port of Ganzhou carrying 41 containers of furniture, electronic products and apparel products and should arrive in Tajikistan after about 15 days and in Hamburg after another 17 days or so, People's Network reported yesterday.

The Port of Ganzhou receives importing trains from three cities including Moscow, Russia and exports to Uzbekistan, Moscow, Hamburg and Warsaw, Poland by rail. The port plans to open import and export channels with the Netherlands, Finland, Sweden, Norway and other countries by the end of this year.

The New Eurasian Land Bridge is an international railway link between Lianyungang, Jiangsu province and the Port of Rotterdam in the Netherlands, covering a total length of about 10,900 kilometers.

To establish itself as an important Belt and Road node for international goods distribution, the Port of Ganzhou will actively integrate surrounding areas' import and export resources, introduce trade subsidies and strengthen its cooperation with China's other inland ports such as those in Chongqing, Chengdu, Wuhan and Yiwu.