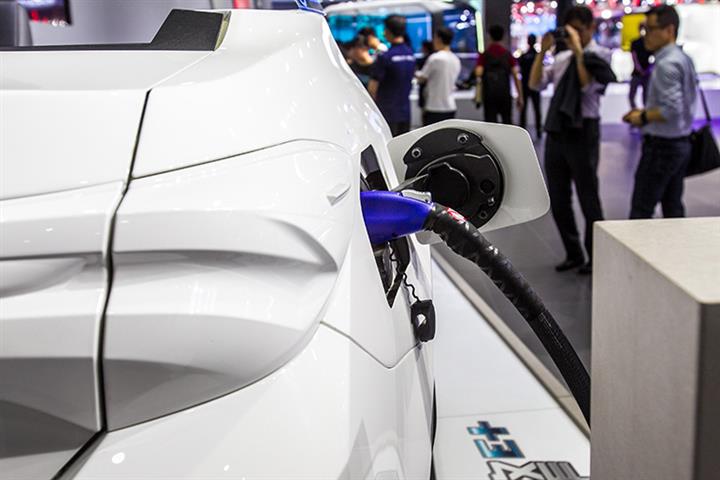 (Yicai Global) Feb. 23 -- Sales of electric vehicles in China will surge 51 percent this year, helping to revive an auto market that has been shrinking for the last three years, according to a new forecast.

China is expected to sell 1.9 million new energy vehicles to domestic buyers in 2021, up from last year’s record high 1.3 million, according to a report released today by Singaporean market research firm Canalys.

Zero-emission cars are likely to make up 9 percent of the country’s total auto sales this year, the report said. By 2025, they could account for a third thanks to strong government support and the country’s excellent charging pile network.

At 41 percent, China had the second-largest share of the global EV market last year, the report said. The European Union had 42 percent. But China’s EV market grew just 8 percent compared with a global average of 39 percent.

This year, Tesla has started deliveries of its Model Y in China and to meet demand SAIC-GM-Wuling has boosted output of the Hongguang Mini EV, a two-door, four-seater that sells for just CNY28,800 (USD4,450). Other small, budget electric cars such as Great Wall Motor’s Ora R1 are also very popular, Jones said.

China’s auto market, which is still the world’s largest, accounted for 30 percent of the world’s vehicle sales last year, a 3 percentage point increase from 2019. The country’s car sales in general should pick up this year, the report said.