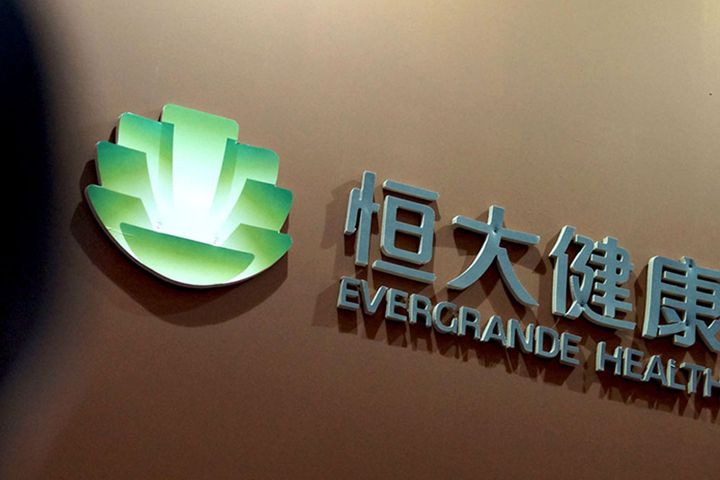 (Yicai Global) March 23 -- Shares of Evergrande Health Industry Group have slumped to the lowest in more than a year after the healthcare and new energy vehicles unit of Chinese conglomerate Evergrande Group said that its loss is likely to have widened by almost fourfold last year amid its one-and-a-half-year journey toward churning out its first NEV model that is still not ready.

The company's annual net loss will probably come in at CNY4.9 billion (USD691.1 million), the Guangzhou-based unit said in a profit warning released yesterday. Its NEV business should make up 65 percent of the total. But its healthcare business should result in a net profit of CNY300 million (USD42.3 million). In 2018, its net loss tallied CNY1.4 billion.

The NEV segment is still in the investment stage so expenditures in fixed assets, as well as research and development, plus borrowing costs, are increasing, it added.

Over the next three to five years, the parent plans to strive to become the world's largest and most powerful new energy vehicle group, it said last September when looking to hire thousands of new employees for its global research and development center.

The NEV budget that the parent laid out earlier is generous. For last year, it had earmarked CNY20 billion (USD2.8 billion), for this year, CNY15 billion, and CNY10 billion should be spent next year. Evergrande plans have 10 production bases in China, Sweden, and other counties to make 15 new car models.
In a bid to produce the first Evergrande model, Evergrande Health has splurged to acquire stakes in Swedish NEVS, electric sports car firm Koenigsegg Automotive, Chinese battery maker Cenat New Energy and an owner of e-Traction, a Dutch in-wheel motor maker.

Still, one of the firm's early bets didn't materialize. In April 2018, Evergrande Health became the biggest shareholder of Jia Yueting's Faraday Future but the partnership fell through at the end of the year due to disagreements related to Jia's tattered credit record in China and a funding schedule.