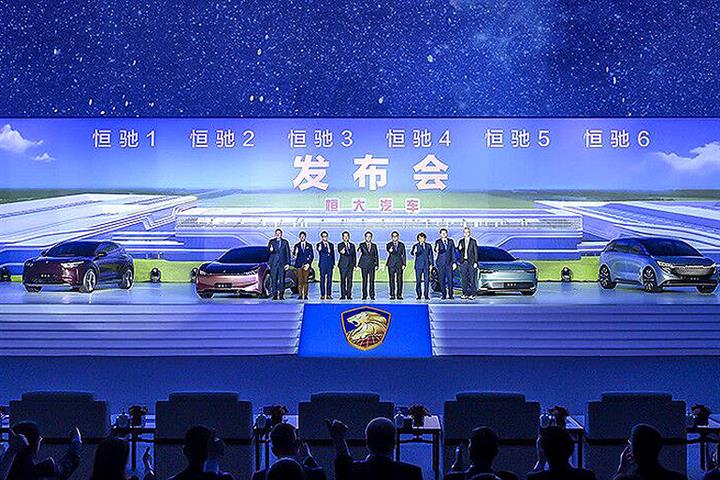 The property firm started its foray into the automotive field in 2018 by buying into manufacturers such as Swedish NEVS, electric sports car firm Koenigsegg Automotive, Chinese battery maker Cenat New Energy, and the owner of e-Traction, a Dutch in-wheel motor maker.

But no cars have been sold yet. On Aug. 3, the company unveiled six Hengchi-branded car models, including sport-utility vehicles and compact multi-purpose vehicles for mass production.

The road to new models has been a costly business. Evergrande NEV made a net loss of CNY1.3 billion (USD192.3 million) in the first half of this year, according to its earnings report. Last year, it lost CNY3.3 billion.

And the times of big spending are not over yet. Evergrande NEV plans have 10 production bases in China, Sweden, and other counties to make 15 car models. Each plant should first make 100,000 vehicles a year, and then raise the capacity to 1 million units in two or three years. Finally, the output should be 5 million in 10 to 15 years.

The firm will try its best to surpass Tesla and become the world's largest and most powerful NEV maker within three to five years, Evergrande Group's founder Xu Jiayin said last year.