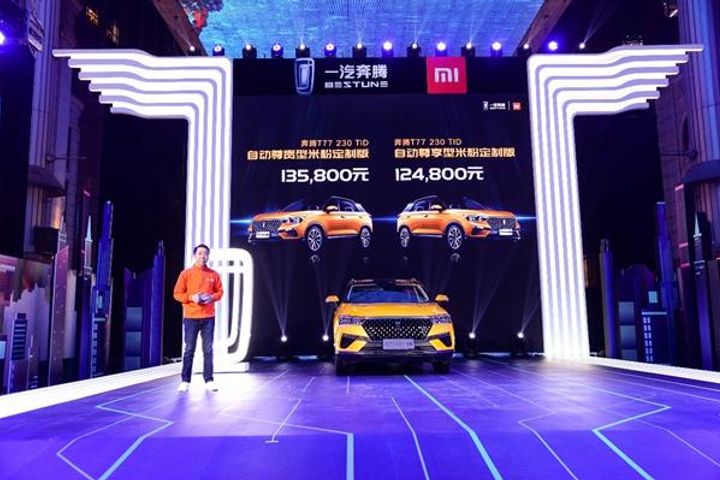 (Yicai Global) April 4 -- Bestune, a car brand owned by Chinese automaker FAW Car, has allied with Xiaomi to release the customized Bestune T77 for fans of the smartphone brand.

The Bestune T77 is also powered by a three-dimensional holographic image system which allows users to have audio and visual interaction with the Mi AI Speaker and its content affords them an enjoyable sci-tech recreational experience.

Changchun, Jilin-province based FAW Car and Beijing-based Xiaomi embarked on their cooperation last April to jointly build an internet-based operating ecosystem. The stripped-down model Bestune T77 came onto the market in November stickered at a base price of CNY89,800.

The car will move into the online retail market through Youpin, Xiaomi's online shopping platform, to woo online sales.

Liu Changqing, general manager of FAW Car, is looking forward to closer cooperation between Bestune and Xiaomi, he said at the release conference in Beijing yesterday.