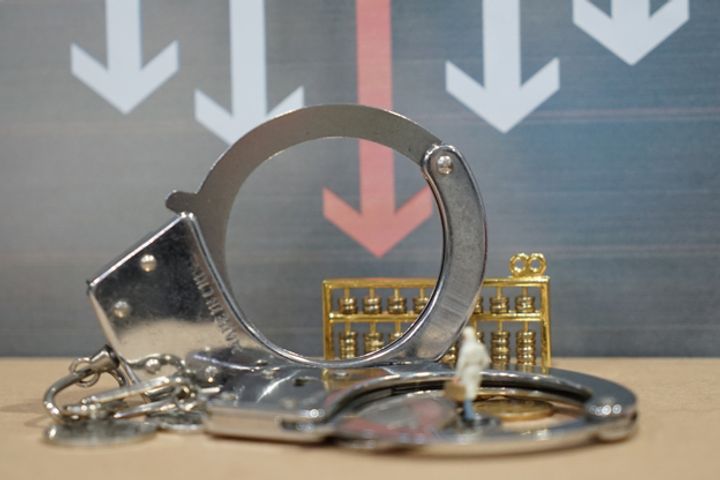 (Yicai Global) March 12 -- The Shanghai Stock Exchange and the Shenzhen Stock Exchange issued a consultation paper on implementation measures for forcing listed companies with major legal violations to delist from the stock market. It comes only one week after a similar move by China's top securities regulator and indicates that China's financial authorities are further tightening rules to avoid financial risk.

The guiding idea of the consultation paper, announced on the official websites of the both exchanges on March 9, is to step up efforts to implement the mandatory delisting system for listed companies with major violations, the Shanghai bourse's relevant department told online news outlet The Paper. They added that the Exchange may, in the future, consider forcing firms repeatedly receiving the toughest punishments from the exchange in a short period of time to delist from the stock market.

In the implementation measures released by the Shanghai Stock Exchange, article four lists six cases in which such companies shall be delisted. If China Securities Regulatory Commission, CSRC, imposes administrative penalties on a listed company more than three times within 60 months in accordance with article 193 of the Securities Law, the company will be delisted.

CSRC said on March 2 that it was looking for views on adjustments made to the opinions on reforming, improving and strictly implementing the delisting system for listed companies. Though CSRC punishments are not rare in today's capital market, quite many of such penalties are in the form of fines and do not relate administrative penalties to mandatory delisting.

However, the consultation paper released by the exchanges now is telling the market that administrative penalties handed out by the CSRC may also lead to delisting.

Penalties imposed by the exchanges on listed companies with irregularities are not administrative penalties and will not directly trigger the application of the rule, the Shanghai Stock Exchange told The Paper. However, the exchange also indicated clearly that it may change its position in the future.