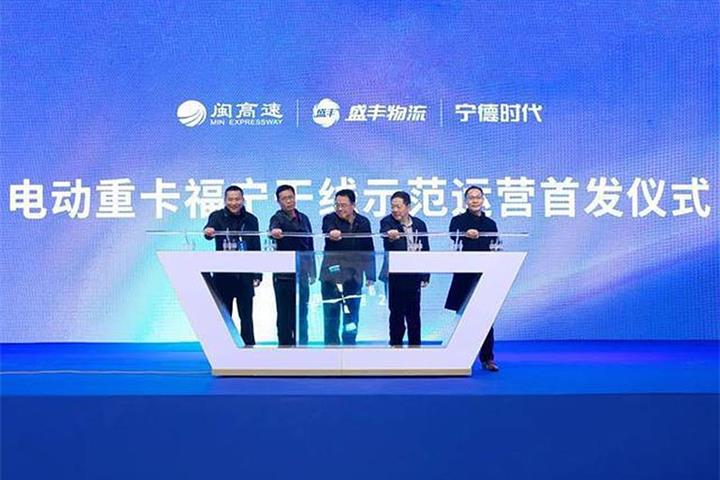 Developed by Chinese power battery giant Contemporary Amperex Technology, the service covers a 175-kilometer section of highway between the cities of Ningde and Fuzhou, the capital of Fujian province, and went into operation on Feb. 22, Ningde-based CATL said in a statement yesterday.

CATL unit Contemporary Amperex Energy Service Technology penned a deal with a unit of Fujian Expressway Group yesterday to set up a joint venture to build and run battery swap service stations in expressway service areas throughout Fujian and expand the network to neighboring provinces in the future, CATL added.

Heavy-duty electric trucks have a range only of about 300 km or less, the insider noted, adding that the use of swappable batteries is more efficient than charging in this case.

China had only 1,298 battery swap facilities at the end of last year, according to data from the China Electric Vehicle Charging and Swapping Infrastructure Promotion Alliance. The market was basically divided between Chinese electric carmaker Nio and battery swap service provider Aulton New Energy Automotive Technology.