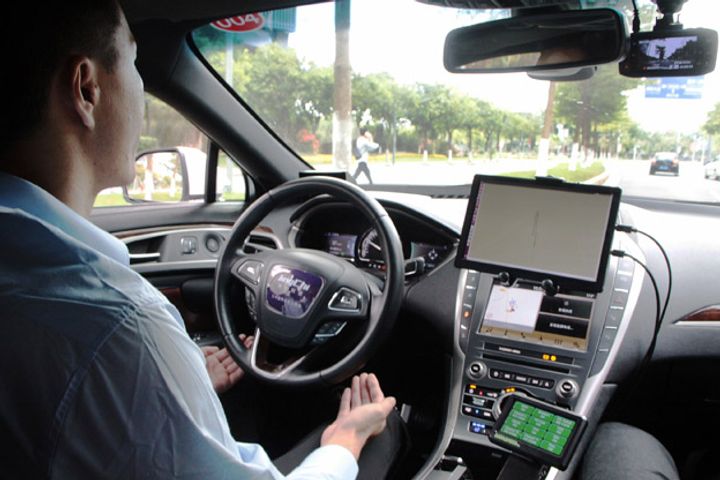 China's First Robocab Is Driven Off the Road by Sluggish Regulation

(Yicai Global) Dec. 4 -- China's first self-driving taxi ran for just a day before transport authorities pulled it at the start of last month, underscoring how innovation in the country's autonomous driving sector has sped ahead of regulation.

Guangzhou Baiyun Taxi Group started piloting the service around the Guangzhou University campus on Nov. 1 at a knock-down fare of CNY12 (USD1.80). Two students jumped aboard at the launch ceremony that day. Passengers select their destination on an app and then click 'OK' to start the vehicle, which has all-round sensing via laser radar, millimeter wave radar and other means.

City traffic police shut down the project the next day, saying that while they supported the company's innovation and campus pilot, this might be dangerous before the introduction of applicable laws and regulations and improved technical hardware and road environment. Road operation before relevant laws and regulations are drawn up may leave running red lights and other issues in need of sanction, the police added.

The cab was rated L4, which refers to automatic driving at the second-highest level, meaning that the vehicle can be run entirely by artificial intelligence, without human intervention. But the taxi can only run automatically on a fixed route along a limited road, contradicting the promoted concept of autonomous driving taxi (L5), the Economic Information Daily quoted experts as saying.

Seven firms including Didi Chuxing Technology and Tencent Holdings had obtained road test licenses in Beijing as of September. The southern city of Guangzhou has not begun to grant permits. "Companies obviously can't wait," one sector insider noted.

A number of issues continued to plague the sector, according to experts. First, the relevant laws and regulations are still imperfect, though current policy encourages the development of autonomous driving technology.

Second, technical problems persist, with sensors, processors, algorithms and high-precision maps unable to perform at par. And lastly, some capital-driven startups tend to exaggerate the level of innovation, while security issues remain to be resolved.