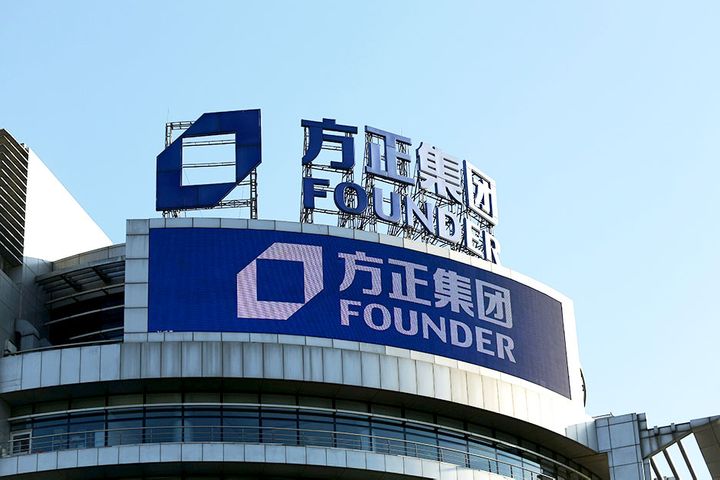 (Yicai Global) Dec. 3 -- Chinese tech firm Peking University Founder Group failed to repay the principal and interest on a super & short-term commercial paper -- bills with up to 270-day terms -- worth CNY2 billion (USD284 million) because of a cash crunch, it said in a statement it released to the Shanghai Clearing House yesterday.

The 270-day bond, which has a 4.94 percent interest rate, fell due yesterday.

Founder is actively raising funds through various channels and will discuss with the lead underwriter and bondholders follow-up debt repayment measures for the SCP, it said.

The group has a high equity pledge rate, limited refinancing space and rather tight internal cash flow, an analyst at Guotai Junan Securities noted. The SCP default took the market by surprise, and so its ramifications may also surpass market expectations of the impact of such an event.

Founder had 23 unmatured bonds with a total balance of CNY34.54 billion as of yesterday, of which the balance due in the next year is CNY23.59 billion, and this will apply great repayment pressure to it.

The company is a large state-backed holding group Peking University invested in and set up in 1986, according to its website. It has six listed units, including Founder Technology, Founder Holdings, PKU Healthcare, Peking University Resources Holdings, Founder Securities and China Hi-Tech. The group has about 38,000 employees both at home and abroad.

It posted CNY91.8 billion revenue in the first three quarters of this year, down 3.76 percent on the year. Its loss was CNY3.2 billion, 50 times the CNY62.4 million in the same period last year.

Shanghai Clearing House, set up by the People's Bank of China with the participation of 43 financial institutions in December 2016, transacts electronic bills of banks as part of a key reform that digitizes the physical paper that has been the subject of such frequent risks and deals it in clearing houses.