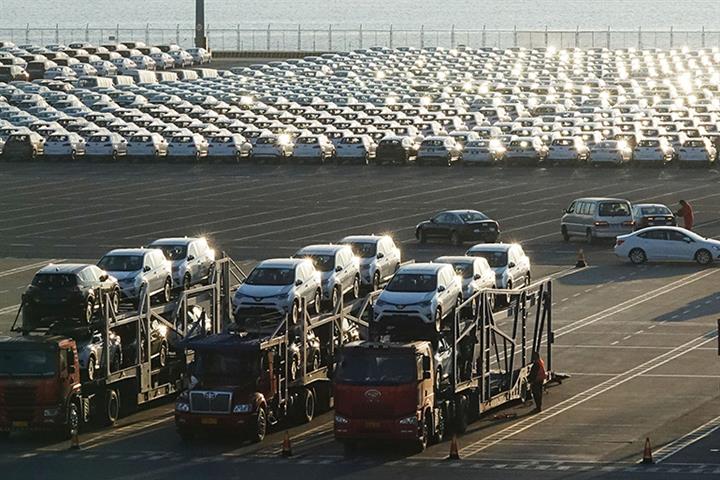 (Yicai Global) Dec. 28 -- The Chinese government has lifted the last of restrictions on foreign ownership in the automobile industry, allowing greater investment in passenger vehicle manufacturers, in its latest revisions to the country’s negative list for overseas investment that now has just 31 items.

The national edition of Special Administrative Measures for Foreign Investment Access for 2021 and the edition for pilot Free Trade Zones will allow overseas investment in passenger carmakers from Jan. 1 next year, according to documents released by the National Development and Reform Commission and Ministry of Commerce yesterday. Since 2018 it has lifted the caps on makers of special-purpose autos, electric cars and commercial vehicles.

The complete opening-up of the auto sector indicates that China is hoping to attract more high-tech manufacturers to participate in the transformation and upgrading of its car industry, said Liu Xiangdong, researcher and vice director of China Center for International Economic Exchange's department of economic research.

"It will help China-made cars compete with those manufactured overseas," said Zhou Shijian, a senior researcher at Tsinghua University's Center for China-US Relations.

Overseas listings of Chinese firms that work in areas that are on the negative list must be reviewed by government departments to ensure that foreign capital does not interfere with the firm’s business operations and the ownership ratio remains within the stipulated limits, the National Development and Reform Commission said.

At present, a single foreign investor can hold no more than 10 percent of a Chinese company's shares, and the combined ownership of all overseas investors cannot exceed 30 percent of the total shares.

Firms that have already gone public overseas are not required to cut the number of shares issued offshore or the ratio of foreign-owned equity, said a NDRC official.