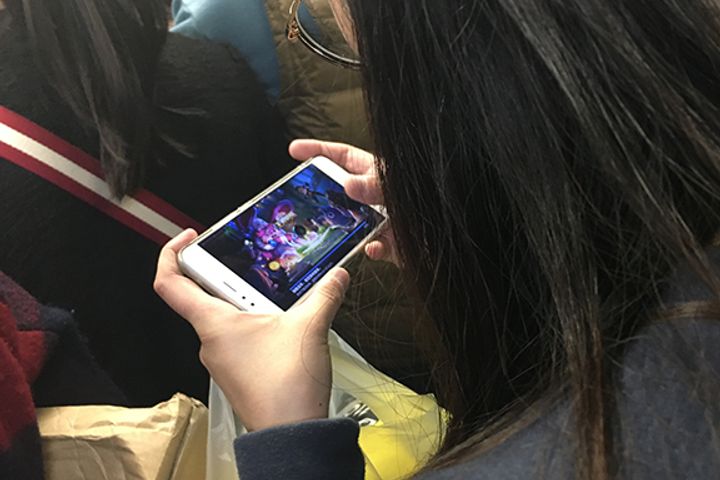 (Yicai Global) Dec. 20 -- The overall revenue growth of gaming industry in China this year has recovered, with sales revenue in the country's online game market so far reaching CNY203.61 billion (USD30.8 billion), up 23 percent over the same period last year. It is for the first time that the gaming industry's revenues exceed CNY200 billion.

The number of game users in the country reached 583 million, an annual increase of 3.1 percent, indicates China's game industry report for 2017 released at this year's industry annual meeting held in Haikou in China's southern Hainan province yesterday. The growth rate of the number of online gamers in China is at a low level and becomes saturated, the report says, referring to the user data from 2014 to 2017.

However, mobile games revenue performance so far this year is more eye-catching. The actual sales revenue of China's mobile gaming market reached CNY116.16 billion, an increase of 41.7 percent from the same period of last year, maintaining a high revenue growth, the report shows. But the growth in the number of mobile game users in China has been relatively weak. China's mobile game users reached 554 million, up 4.9 percent from a year ago, the report said.

In the electronic sports (eSports) market, the actual sales revenue of China's eSports games market reached CNY73.05 billion so far this year, up 44.8 percent over the same period of last year. In terms of the composition of eSports platforms, eSports client based games have maintained a steady growth.

Driven by well-known eSports products such as King of Glory, a highly popular game by the internet giant Tencent Holdings Ltd. [HKG:0700], the actual sales revenue of the mobile eSports game market has risen sharply and has become an important part of the eSports market, the report said.